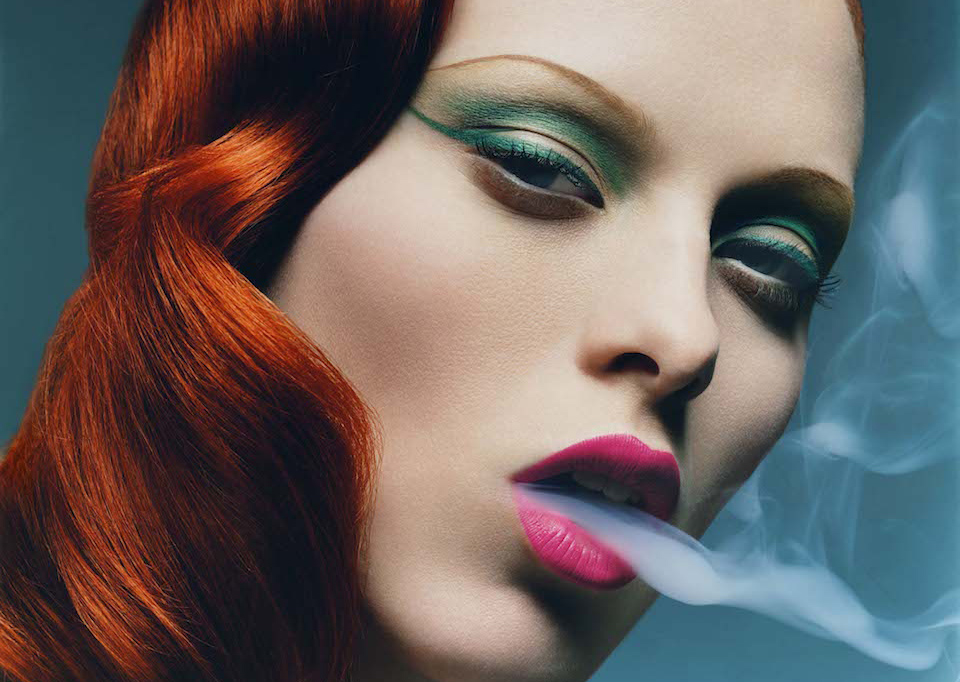 Saturated was the inaugural solo show by Sølve Sundsbø at Spring Studios, which opened on 8 February and ran until 20 March 2008. The exhibition was the first in an exciting cross-cultural programme at Spring Projects, a brand new commercial gallery space at the studio.

Sølve was born in 1970 in Norway, and has been living in London for over a decade. “I moved to London in 1994. I briefly went to college, before I started assisting. I assisted for three and a half years and then I started taking my own pictures in 1998. I have been living in London ever since and working in Paris, London, and New York — sounds like a fragrance bottle.”

Sølve is regarded as one of the primary innovators in contemporary image making. He was awarded the best newcomer prize at the International Festival of Fashion in Hyeres in 1999 and had an exhibition at the same festival in 2003. He has even collaborated with Alexander McQueen for the Florence Biennale.

As a catalyst for visual experimentation, Sølve has received tremendous respect from within the industry, gaining commercial clients including: Yves Saint Laurent, Levi’s, Nike, Estee Lauder, Sergio Rossi and Gucci Jewellery. He has been shooting regularly for magazines such as Pop, The Face, ID, Dazed and Confused, and Harper’s Bazaar, so it’s intriguing that his work, which fits normally within the commercial flare, is to inaugurate Spring Studios.

The line between commercial work and art is often blurred. “If you take a historic overview, almost all art has been commissioned. It’s more of a recent thing that it isn’t, but that in the broad historical overview. It’s only in the last 150 years that being an artist for the sake of being an artist rather than receiving commissions has existed. In many ways, when you’re a commercial photographer you try to create something with an artistic merit, even if it’s not just for your own benefit. For me, I’ve always taken the view that I don’t call myself an artist. I am a commercial photographer and if someone chooses to call my work art, that’s fine. If someone wants to exhibit it, I find that interesting. I am becoming a casual observer of my own work when people take it out of the context in which it was created.”

One of the most renowned fashion photographers today, Sølve Sundsbø, is launching his first solo show, Saturated at Spring Studios, London this winter.

Sølve’s method combines simplicity of approach with a perfectionist’s eye for detail, and a technical sophistication, both in camera and in postproduction, which enables him to create effortlessly beautiful, dynamic, cutting-edge imagery. “As a commercial photographer you work with a team, and as an artist you generally work on your own. When you work with hair, make-up and stylists you talk for a long time about how you envisage the picture, and then you create it together.”

In Sølve’s world everything is planned and considered. Studios are often used, as are models, however, the work created still embodies artistic flare and creative sensibilities. “You have a woman like Karen Elson who is fantastic; she’s almost like a canvas, she can be a boy, a glamorous woman, virtually anything. The image of Karen didn’t take very long because everything was well planned. There just isn’t an element of chance. It was shot with a large format Sinar camera. The one thing that took time was to get the smoke right. We shot about 20 or 30 pictures for that, but you just know when it’s right. “

Sølve’s modern sensibility has produced captivating pictures that continually drive photography forward and challenges the viewer. Saturated consists of 12 arresting and iconic portrait images. The selection of works for the exhibition share a quality of portraying their subjects as if locked into their own closed private spaces, creating an other-worldliness through highly charged visions and hyper-realities.

“The whole exhibition is interesting for me because I haven’t done a solo show before. The people I work with said ‘You should have an exhibition’. I always said no, as I’m busy doing my day job. When Spring Studios came along, it presented an opportunity to have a show that isn’t huge, in terms of amount of images, and I decided it was a perfect opportunity. I’ve produced 300 images in the past two months, which is a lot. You can imagine that when you’ve done this for nine years, it’s hard to narrow it down to make sure it’s a show that makes sense. I couldn’t just pick anything. There must be a thread that keeps them together. The things that tie this exhibition together are the iconic images that were shot in a studio situation, and that they’re all otherworldly creatures, slightly more than just human, but not science fiction. We have a pair of green lips, a vampire, a woman behind a red veil, a man dressed partly as a woman but with the most masculine shoulders you’ve ever seen. They’re all creatures that I’d love to see in real life.”

In a world where images mean everything, Sølve is pragmatic, he says, “Art loves fashion and fashion love art, in the same way that art loves design and design loves art. I think that fashion is the commercial form of art. There are a lot of fashion photographers who would love to be artists, I’m not saying that I would love to be an artist, but I’d like to see my work in a new way. Maybe I can use this exhibition to develop my own work and take more chances. Fashion photography can be tedious, grey, dull, repetitive and at times boring. I don’t want to become an artist, as such, that’s not my aspiration, but it’s interesting to do projects that can be considered more pure art pieces than fashion pieces. 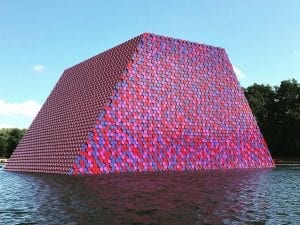 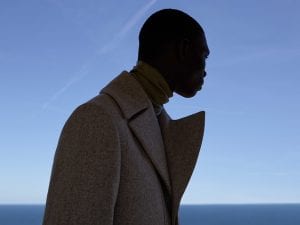 Championing young artists, architects and designers, COS extends its aesthetic to the wider sector, acting as a gallery space for new visionaries. 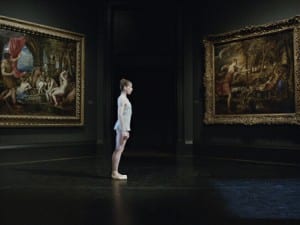