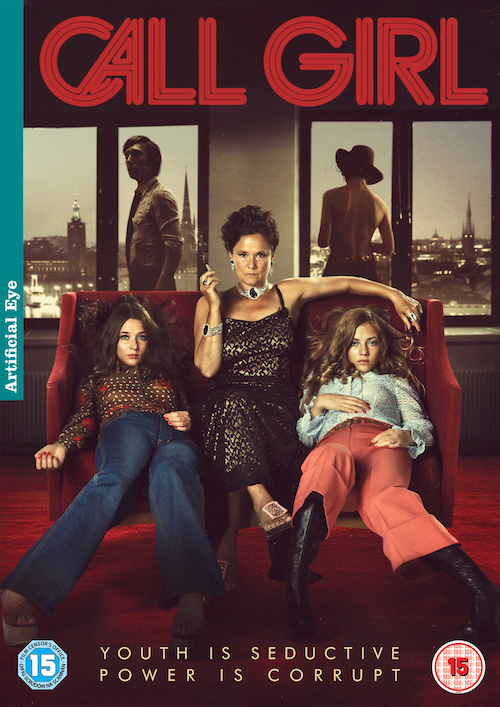 Based on actual events, Call Girl tells the story of underage prostitution among the Swedish elite in the 1970s. Mikael Marcimain’s controversial and engaging feature examines the morals of a time when Sweden was renowned for its ultra-liberal view on sexuality. Iris and Sonja (Sofia Karemyr and Josefin Asplund) are two young friends living in a care home, and they eventually become exploited by a notorious brothel madam who supplies young girls to businessmen and high-ranking politicians.

There is plenty of period detail, from bell-bottoms and bad hair to the retro soundtrack. Visually, there is a striking contrast between the dullness of the government buildings and the faux glitz and glamour of strip clubs.

At times complex, the film’s central theme is compelling enough to pull the viewer back in. It provides a commentary on power and what it can both achieve and destroy, probing the veneer of respectability. What emerges is a disturbing take on immorality, demonstrating that human good and evil can coexist, but only at a significant price.