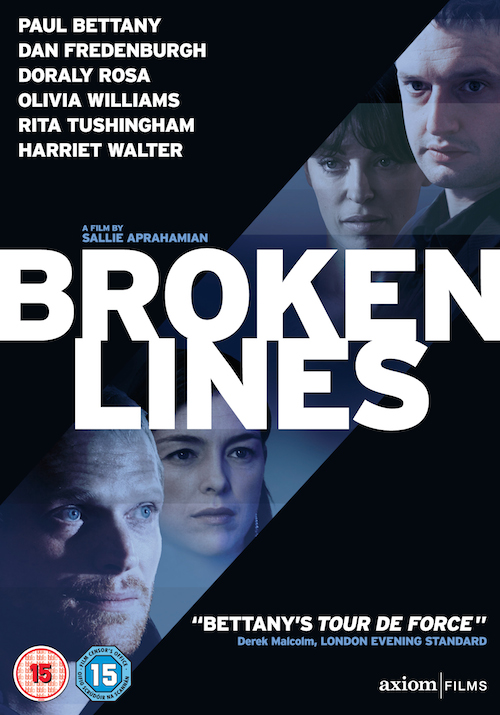 Set against the backdrop of Finsbury Park, Sallie Aprahamian’s feature debut tackles emotional hardship, obligation and moral choices. Jake (Dan Fredenbugh) is grieving for his recently deceased father when he crosses paths with Becca (Doraly Rosa), a local waitress. Recently engaged and noticeably unhappy, he begins to frequent Finsbury Park and develops a need to spend more time with Becca.

Becca has her own problems; her boyfriend, Chester (Paul Bettany) a former boxer, is now a broken and crumbling man. With limited mobility, he cannot cope with his new position in life and while Becca takes the role of caregiver, their relationship hits rock bottom.

Broken Lines charts how two people in desperate and unhappy circumstances turn to each other for comfort and support. The film is, at times, stifled and slow paced, and in parts predictable. However, the emotional turmoil that each character experiences holds the story together. Bettany’s performance is stellar and this film provides an opportunity to see this actor in a very different role.