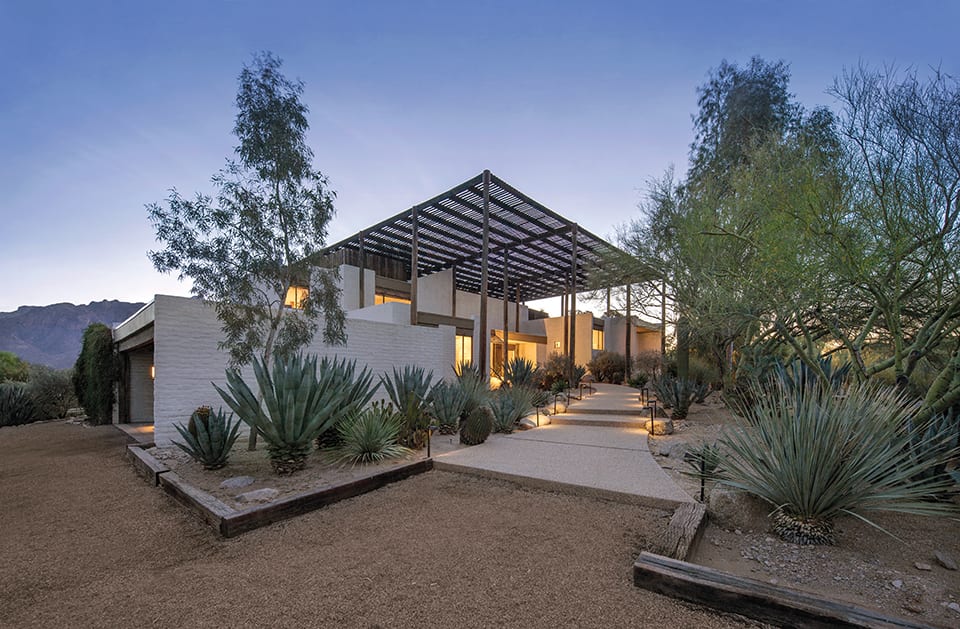 The work of Judith Chafee established a sense of stewardship with the land. Her buildings continue to be a source of inspiration in the climate emergency.

“About one third of the world’s land mass is covered by desert. The vastness of this arid terrain embodies a mythical quality that instils a fascination. The tremendous sense of emptiness and the never-ending horizon paradoxically prompts feelings of possibility. The harsh conditions seem to stimulate human yearnings for discovery, challenge and freedom.” (Living in the Desert, 2018, Phaidon)

At the age of two, Judith Chafee (1932-1998) moved from Chicago, Illinois to Tucson, Arizona. The move was instrumental – almost gravitational. Entering a new landscape of hot desert climates, deep valleys, clear blue skies and clustered mountain ranges, Chafee was instantaneously inspired by the rugged geography. This relocation sparked a life-long passion for the southwestern state and its extreme environments, providing the anchor for her career, which challenged a male-dominated industry and demonstrated a consistent sensitivity to the land.

A new survey from Princeton Architectural Press outlines Chafee’s outstanding contributions and the wider legacy she left behind, as told through the words of Christopher Domin and Kathryn McGuire – who worked with her for 18 years. As McGuire outlines, Chafee’s early education was entirely transformational. Formed under the guidance of her mother, she learned key concepts from anthropology and theology – combining studies of how humans interact and learn from the landscape. “Chafee took refuge in the interweaving of democracy and social justice in emotional and intellectual concepts,” writes Domin. “She developed the need to consider a holistic approach at a time when science was considered the dominant reference.” Chafee gained an inherent understanding of different cultures and ecosystems, forming a wider respect for the natural world.

Such groundbreaking thinking was further encouraged by strong female role models; noteworthy acquaintances included Eleanor Roosevelt. McGuire recalls that Chafee was surrounded by pioneering women, who were “well-educated and politically active.” Later attending the all-women’s Bennington College, Vermont, Chafee began to hone a thirst for design, to create for both the planet and its inhabitants, no matter who or what stood in the way. As she later wrote for Mademoiselle in May 1966, “from childhood, women are concerned with maintenance of the family; we are trained to provide comfort for those around us. When we cook, knit or arrange a room, we are involved – as in architecture – in a selection of tools and textures. As architects, our chief concern must not be just the relationship between buildings, but the relationship between buildings and people.”

Chafee went on to study at Yale School of Architecture. Even though she was told by many faculty members that she was “taking a man’s seat at the table” and being refused entry into some classes and libraries, she graduated – the only female in her class – in 1960. This set the course for her future success, despite the systemic problems in the American education system. Though challenged daily by the university’s in-built inequality and uniform student body, Chafee thrived under the tutelage of American Modernists such as Philip Johnson, Paul Rudolph and Louis Kahn – figures known for monolithic buildings that utilised heavy concrete and a deft utilisation of natural sunlight.

In Yale’s studios, she was able to fuse a growing love of minimalism with the Native American designs from her childhood, placing high value on the beauty of organic forms and working with, rather than against, the landscape. As Domin continues, “clarity of purpose drove Chafee to define her path in architecture as an unrepentant modernist, an environmental steward, a social justice advocate, and a demanding teacher. Her architecture combined sensitivity to place with an uncanny ability to employ brutalist materials with sophistication, grace and indigenous influences.”

After graduation, Chafee worked for many firms and leading figures, including Eero Saarinen, Paul Rudolph, Edward Larrabee Barnes and The Architects Collaborative (Walter Gropius). Through these experiences she formed ideas that would later be included in a range of seminal buildings. In spite of her successes, Chafee began to find the industry limiting – notably, the imaginations and administration of her male colleagues – and so in 1969 she returned to Arizona to launch her own practice and re-engage with the freedom and influence of the land.

The Merrill Residence, completed in 1969, heralded a key moment. It was accompanied by a cover feature on the Architectural Record, which was a momentous shift for both Chafee and other women architects; the work was the first from a female architect to appear on the cover. It brought Chafee national exposure and confirmed her status as a powerhouse, winning three Record House Awards.

By embracing the “basic sensibilities” of a six-acre site, Chafee connected the house’s location – a Connecticut woodland adjacent to a rocky coastline – with key architectural concepts that both respected and amplified the beauty of the organic world. The home embraced light and shade in high contrast, highlighting the link between physical and sensory experiences. Referencing Louis Kahn, who professed that “architecture is the thoughtful making of spaces,” Chafee weaved Modernist forms with the forest, until the structure seemed to grow out of the earth, rather than being planted on top of it. For McGuire, “there’s a sense of mirroring” in the Merrill Residence “of exterior and interior talking to each other,” embodying the instincts of site and the careful programming of rooms like parts of a body.

Commissioned by her mother to construct a home for retirement, Chafee demonstrated an irrevocable ability to incorporate local vernaculars within Modernist approaches. Viewpoint – completed in 1972 – combined the structural freedom of reinforced concrete to chasten the extreme environmental conditions and has “inspired architects in Arizona for decades because of its reputation for economy, environmental adaptation and cultural connectivity.”

The building rises from the desert space between the Tucson and Catalina mountain ranges in staggered planes of concrete, punctured by clerestory windows and thick, heavy extrusions that act as deep brise-soleils, or solar shades, from the relentless heat. Adopting a compact footprint, the structure displays Chafee’s confidence in subtle, stepped elevations that open a dialogue between the home’s pure form, the coarse ground, and the jagged mountains.

In the making of the Ramada House (1975), Chafee stood out to the clients immediately through a concern for what the owners wanted in a home. They had already interviewed several architects – all men – only to find them “conforming to prevailing gender stereotypes of the day, directing the most substantial questions and serious discussion to the husband.” Owing to Chafee’s glowing references from the east coast, the commission allowed for what Domin describes as a “rigorous exploration of other desert-dwelling cultures that feels both inevitable and revolutionary.”

The Ramada House‘s main hub emerges from undulating deserts in heavy concrete block elevations, disguised as adobe walls and broken by staggered rectangular windows – a nod to Ludwig Mies van der Rohe. In designing the structure, McGuire recalls there was “the feeling that buildings should be nestled into the landscape.” The house is in harmony with the natural rise and fall of the land’s topography.

Chafee also suggested that the house should have dual roofs:  a lattice made of local timber, mindful of traditional mesquite logs and saguaro ribs to shade the structure, with a conventional, flat “sleeping roof” to exist beneath – thereby enabling the owners to take advantage of the significant temperature changes of the desert. As Domin notes, “Historically, sleeping porches were part of the summer rhythm, providing a cooling effect and a psychologically comforting ceiling.” The Ramada House celebrates Chafee’s ingenious sustainable solutions way ahead of their time – a triumphant example of architecture responding to human need: providing sheltered protection from the enduring sun.

In 1977, upon completion of the Jacobson Residence, Chafee’s unyielding concern for climate change was yet again demonstrated. Designing another structure submerged into the earth, she coaxed and accentuated natural ventilation to circulate and cool the home’s lower levels. She also tested the skills of mechanical engineers through the use of solar panels to heat the water and winter heating systems. It was entirely ahead of the mainstream – the early 1980s saw federal tax cuts for renewable energy systems. McGuire insists that, “at that time, it was quite outrageous to see solar panels across part of the landscape.”

Chafee’s position as a pioneering Modernist was established by the completion of the Rieveschl Residence (1988), “providing her answer to several grand villas in the modern tradition: Le Corbusier’s Villa Savoye, Mies van der Rohe’s Villa Tugenhadt, Frank Lloyd Wright’s Fallingwater and Alvar Aalto’s Villa Mairea.” The transformational nature of the Rieveschl Residence revealed a matured and inspired response to a challenging landscape. Much like Lloyd Wright’s Fallingwater, Chafee connects site and structure through a projected cantilever, supported by columns to embrace the canyon below. Referencing Le Corbusier again is a processional walkway which is burrowed into the landscape. Acting as “a ceremonial route through a sequence of spatial relationships between a site and building,” it bridges the open sky and the canyon’s vastness with an intimate journey between light, dark, ground and sky.

Amidst humanity’s growing concern for the climate crisis, the work of Judith Chafee re-establishes today’s much needed stewardship of the land. It is an essential reminder of what architecture can and should be – governed by a respect for the planet. Whilst male architects long dominated the profession, Chafee was the first woman in Arizona to be named a Fellow of the American Institute of Architects. Like the desert, Chafee’s work is rich in possibility and offers a place for discovery and contemplation about how to create with as little impact as possible in our current emergency.

Powerhouse: The Life and Work of Judith Chafee is published by Princeton Architectural Press, 8 October. 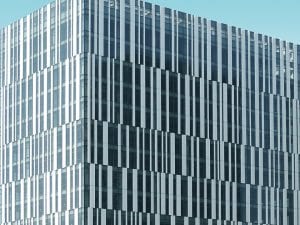 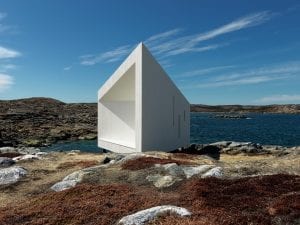 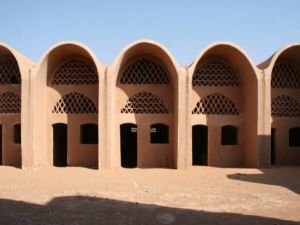