You might recognise Boo Ritson’s iconic work. She is one of the most fascinating artists working today. The way that she effortlessly moves between art forms, is she a sculptor, painter or photographer? Or all three. To read more about Boo Ritson click here for Issue 28, in which Boo’s work graced our cover and the feature Hybrid Art was the centre-spread.

Her latest offering a two-site show, shows scenes of small-town America. as they come to life in Back-Roads Journeys, an exhibition of new work across two venues by British artist Boo Ritson at Alan Cristea Gallery and Poppy Sebire from 13 October.

Back-Roads Journeys begins in ‘The Diner’, an installation at Alan Cristea Gallery, where visitors are introduced to the Diner Waitress, unhappy in her job, waiting on the Trucker’s table; he’s stopped by for a quick burger. Their portraits are set alongside still life’s of fast food, a new series of screenprints on plexiglass of classic American diner food and a triptych interior scene made familiar through American road movies.

The love story moves to ‘The Gas Station’ at Poppy Sebire’s gallery where we see the Diner Waitress who, having quit her job for a new life in the South, is hitching a lift with her friend the Trucker. Here, the narrative evolves with the addition of new characters associated with life on an American highway.

Boo Ritson depicts characters and still life’s drawn from her own imagined narratives merged with borrowed Americana. For each piece she paints her subject in a thick emulsion and then has the scene photographed whilst the paint is still wet. The resulting image sits somewhere between painting, sculpture, performance and photography. Ritson has always located her work in an American cultural context and has been fascinated by the process and by history of painting. In these new works at Alan Cristea Gallery and Poppy Sebire, she introduces her first ‘unfinished’ subjects, each one defined as much by what is absent as what the viewer sees.

Boo Ritson (b.1969) was recently commissioned to paint the band, The Maccabees, for their new album cover. A new Land Securities public commission will be installed in the foyer of Portland House, Victoria, in October. A retrospective museum show alongside Idris Khan and Ori Gersht, travelled from the Centro Andaluz de Fotografía, Almeria, to the Convento de Santa Iñes, Seville, in 2008 – 09. Boo Ritson has also recently donated works to the Harefield Benefit Auction, Shelter’s House of Cards campaign and The Blank Canvas Project for Amnesty International and The Big Issue. Ritson has work in international public collections around the world including Tishman Speyer Art Collection, New York, Titze Collection, Paris, Saatchi Collection, London, The Chadha Art Collection, The Netherlands, The Zabludowicz Collection, London, and Jay Jopling’s Collection, London.

The show runs until 21 November. 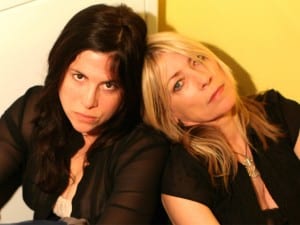 Try to squeeze the love out of something and you’ll find its essence vanishes. So it is with Free Kitten’s latest pirouette, Inherit, a decade apart from its closest sibling. 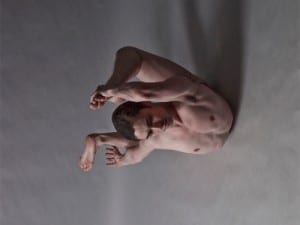 Awash with colour, South London trio Dems unleash a brilliant debut in the form of the concise, emotive, Muscle Memory. 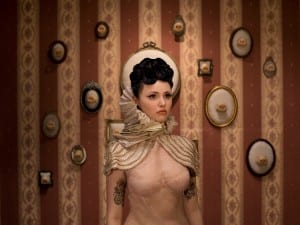 Live Cinema, Artists’ Film and the Crossover Between Mainstream & Experimental Cinema at ASFF

This year at the Aesthetica Short Film Festival, audiences will have the opportunity to engage with both mainstream cinema, and a programme of thought-provoking artists’ film.