An Absurdist View on Being Human 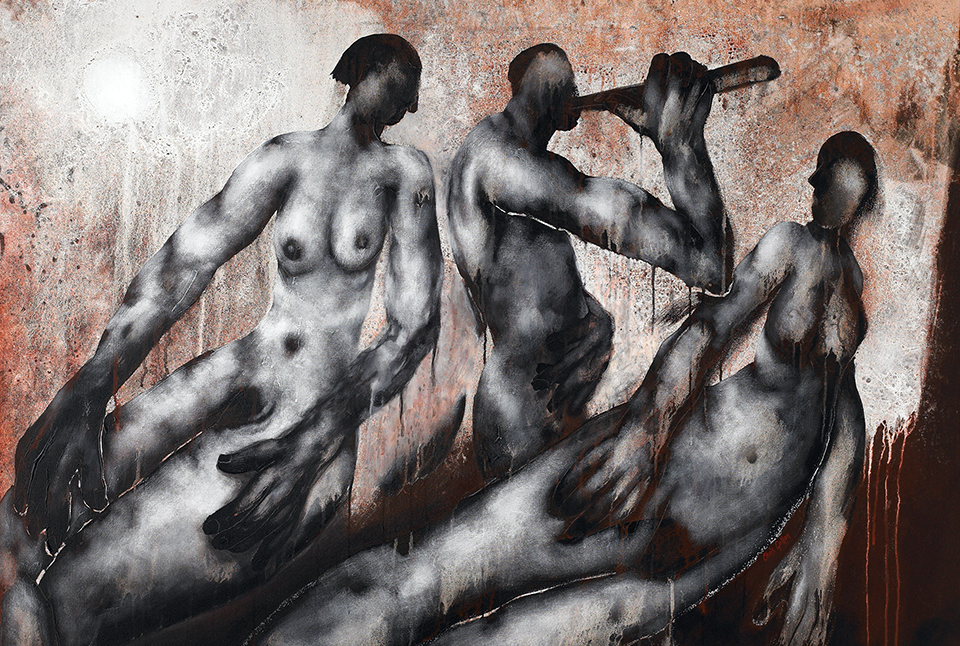 Chris Gollon has been probing the human condition from an absurdist point of view for the greater part of two decades. Winter 2009 saw him complete a Fellowship and Residency at Durham University where he produced a series of paintings tackling the subject, being human. His work promises to evoke, provoke and debate this age-old topic.

In the introduction to Absurd Drama, Martin Esslin argues that the challenge for writers is to “accept the human condition as it is, in all its mystery and absurdity, precisely because there are no easy solutions to the mysteries of existence, because ultimately man is alone in a meaningless world.” These concerns are at the core of Chris Gollon’s work, which has often been referred to as absurdist.

Gollon’s Fellowship and Residency at Durham University between January and March of this year saw him deliberate with nine of the world’s leading academics and creative thinkers from India, the USA, Australia, Israel, Ethiopia and the UK, on the subject of being human. What does it mean to be human in the fragmented and “decentred” 21st century world? To what extent has this affected value systems, self-belief and identity? Gollon has created 15 paintings on the subject, which will be exhibited at IAP Fine Art in East London in May and at the Institute of Advanced Study (IAS) at Durham University in June.

Gollon is an artist profoundly interested in the human condition. In preparation for the Being Human project, Gollon has responded to the notion of “decentring” by developing a striking new style of painting anatomy, almost a new way of seeing the human figure, or making it hold an idea. Using his visual imagination and imagery to probe both his own ideas and those emerging from discussion with the visiting thinkers, the driving force behind Being Human is realised. “I am developing my painting style further, and in a new direction, to search for the means to paint the Fellowship’s specific subject matter. I started looking at how some gods, which humans have needed, do survive when civilisations change; yet some, like Venus, do not make it through.” Themes he and the fellows are tackling include: Home, Mind/Consciousness, Boundary Crossing, Humanising Practice, Crises of Personhood, and Abjection, Bare Life & De-Humanisation.

Shortlisted for the Spectator Prize, Gollon first attracted national attention in 1989, and since then his work has been widely exhibited in the UK, Europe and America. In 2000, he was commissioned to paint The Stations of the Cross, which will be permanently installed in the grade-one listed, Church of St John in East London this April. The figures in these paintings have a vivid almost hyper-real presence with expressions that often appear exaggerated. Gollon is quick to note: “I use narrative, but not in a boring illustrative way. In other words, a combination of the abstract and the figurative.” In paintings such as Jesus is Condemned to Death (2002), the faces of the onlookers are contorted in a way, like that of caricaturists such as George Grosz. This familiarity but simultaneous distance is the ingredient that makes Gollon’s work eternal.

Gollon’s method of depicting human emotion is reminiscent of expressionist painters, such as Otto Dix and Max Beckman. Often compared to these artists, Gollon’s concern with the human condition is evident throughout his body of work. For example, the monk’s contorted and pleading face in Einstein and the Jealous Monk (2005) and in the emotional effects of defeat shown in the bodies and faces of the figures in his series on the Henley Regatta, completed during 2007-2008.

There is a distinct conflict between the human condition and existence in a fragmented Western world. This dichotomy provides a reservoir of inspiration and imagery for Gollon. He refers to humans as “the beast,” and depicts the innate capacity of humankind to be evil, citing the carnage carried out by nations motivated by profit and power. “One image that dominates my mind from the discussions is that of boy soldiers in certain areas of Africa. It conjures up all sorts of images, for example, a young boy with an AK47 and a teddy bear tucked into his rucksack. It’s a 21st century phenomena, all of us need to be put on trial.”

His painting, The Trial, was the first in the series, Early Thoughts, which he prepared for his residency at the IAS. It depicts a man standing trial, whose arms and hands have disintegrated into the dock. He is naked and alone; this conveys an existentialist portrayal of humans lost in a world without meaning. Three circles to the left of the figure are representative of the Father, Son and Holy Ghost who witness the event, while the viewer is thrust into the role of forming judgement. This is a reversal of conventional Judaeo-Christian ideology that places God as jury and humans as spectators.

While Gollon says he is “not particularly religious” and describes himself as a non-practicing Christian, he finds the stories in the Bible as well as myths, legends and fairytales inspire his work, as in The Stations of the Cross. “Myths and religion have the spectrum of human emotions in them, you get mother and son relationships, death, pain and joy. The stories are something that we have needed. Even if they are not real, we would have invented them anyway through necessity,” suggests Gollon.

Gollon’s paintings from his Early Thoughts series include his ideas on more joyous aspects of humanity. For example, Ecstasy (1) (Cartoon, Charles Bonnet Syndrome) features amorphous naked figures floating in an atmospheric dark sky. He discusses the ways in which we cut loose from ties that bind us to our humanity. “Ecstasy is where humans become unstable” similar to “those excellent dreams where we fly. The only time in waking life we have those is through making love,” argues Gollon.

This painting was prepared on a theme set by the Institute entitled Mind/Consciousness, under the sub-section The Well Brain. Ironically, understanding the infinite complexity of the brain and human potential is mainly developed through studies when it does not function “normally,” such as Alzheimer’s disease or the rare Charles Bonnet Syndrome (CBS). Gollon developed an interest in CBS when a friend was diagnosed with this condition. The syndrome affects people with sight problems, and they start to see things, which they know, are not real. These visual hallucinations can seem real, such as people on the street, or unreal like flying dragons, which can be terrifying for the sufferer.

Gollon’s understanding of this syndrome provides the focus for many of his Early Thoughts paintings in Being Human including Ecstasy Bonnet. Its dreamy floating tree-people seem to represent a latent shared human sub-consciousness rather than a personalised distortion held by patients of the syndrome. Their drifting shapeless forms are symbolic of the capacity humans have for mental fluidity. He uses a technique of dripping acrylic paint to achieve this effect. “The drips developed to make these people look more like they’re metamorphosing again from human beings into something else.”

While Gollon’s stay at the Institute has encouraged a collaborative approach to generating ideas, for much of his time there he has been working in solitude. He clearly enjoys the hermetic side of being an artist; in connection with the Being Human project he says: “I have been given the outsider role again, which of course I relish.” For his forthcoming exhibition he aims to make his work “representational and take it to an area that I’ve not been to before.”

Only Gollon knows if his work will continue in an absurdist vein, espousing the futility of trying to find meaning in a world devoid of God, truth or morals. At times he is keen to challenge this somewhat nihilistic view. “I’m going to show all sorts of human emotions for the last part of my stay here. There are such things as love, passion and compassion; we’ll get some of that in as well.”

Being Human ran from 8 May until 30 May 2009 at IAP Fine Art and then toured to the Institute of Advanced Study (IAS) at Durham University in June 2009. Visit www.iapfineart.com or www.chrisgollon.com. 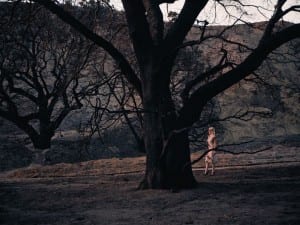 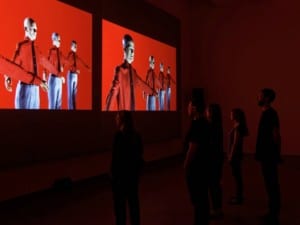