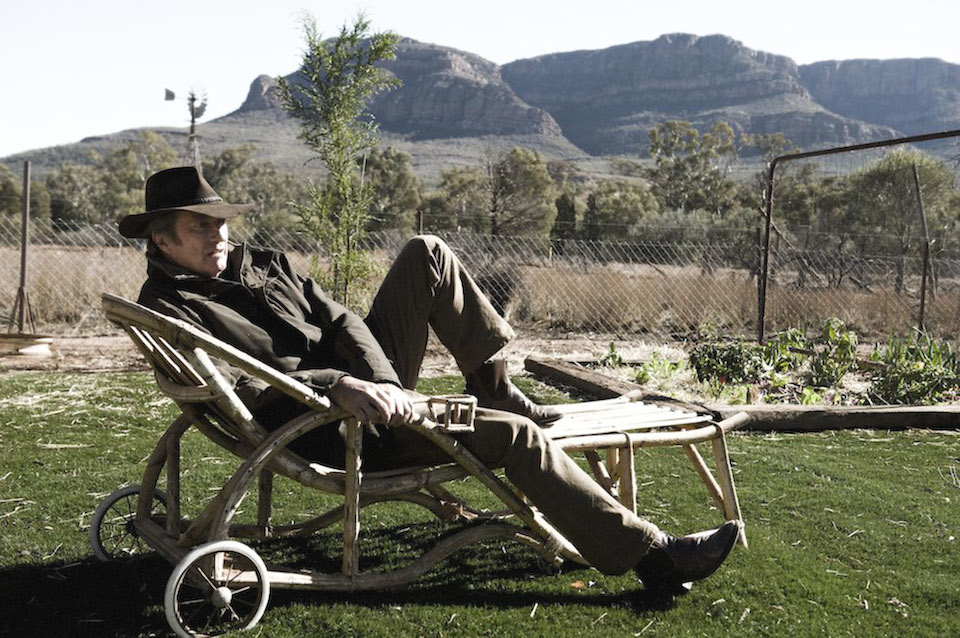 Humanising forbidden love, with breathtaking cinematography, Beautiful Kate explores the effects of place, the problems of isolation and burgeoning sexualities.

The Australian outback haunts all who visit. Its tranquility, isolation and perils are uniquely symptomatic of the place that its children take with them wherever they go. For many Australians, the outback is evocative of a simpler time, of living in congruity with the land, the native Aborigines, and the hostilities as well as the bounties of such an environment. The russet earth, fortuitous flora and endless horizons have doubtless romantic appeal, but Rachel Ward’s Beautiful Kate explores the stifling and negative effects of this land, while celebrating its unique beauty and mystery.

Ward, a successful actress, sat in the director’s chair for short films including Blindman’s Bluff, The Big House and Martha’s New Coat, before embarking on her first feature-length production. The screenplay is based on Newton Thornburg’s 1970s Idaho novel of the same name, but Ward chose the Australian outback as an important contributor to her script: “Rural Australia has a very distinctive ‘country and western’ flavour, full of cowboys, rodeos, and feral animals under a vast sky, which I have always found very alluring.”

Beautiful Kate follows Ned, an embittered erotic novelist, on a journey of reconciliation with the transgressions of his own past and the deep discomforts among his estranged family. Having flown the nest years before, Ned returns to witness his father, Bruce’s final illness. Through the creation of Ned’s latest work, Bruce’s reminiscences and Ned’s flashbacks, a dark love story begins to unfurl between Ned and his sister Kate, against the backdrop of Bruce’s perpetual grief at her simultaneous death with Ned’s brother, Cliff. Ned’s brash, attractive young girlfriend, Toni, is contrasted with the ethereal beauty of Kate through his sepia-tinted visions.

It is this tentative approach, the teasing fragments of information, which transforms Ned and Kate’s crimes into a nostalgic slow-burning romance of surprising sensuality. The relationship between the siblings is impossible to define. Ned constantly broods over Kate’s naked form, but is horrified at harming her when his teenage lust results in an unexpected ejaculation, but tellingly Kate shrugs the event off, recognising her power in a world where she gets little attention or control. Ward choreographed the love scene to make Kate almost predatory and Ned is subsequently immersed in guilt and disgust, screaming at his sister, “How can you laugh at what we did?” Ward believes: “There are nearly always mitigating circumstances as to why we transgress in all manner of ways.” In spite of the controversial subject matter, once the audience becomes accustomed to Ned’s surly demeanour, Ward maintains an unusual degree of sympathy with her subjects: “I hope that it breaks down a degree of judgement about how these dysfunctions manifest. Isolation and parental neglect play a big role here.” At the film’s conclusion, Ned’s younger sister Sally reveals her suspicions about Cliff and Kate’s affair running parallel to that of Ned and Kate, and Kate’s memory is transformed from the family’s goddess to a manipulative seductress. But Ward defends her character: “I think Kate was more desperate than manipulative. Sure, Kate’s moral compass was faulty, but living in isolation there is often no one to enforce or dictate clear moral values. In a way this film shows the value of community.”

It is in these values of community and triumph over adversity that Sally emerges as the family’s true star. She is quietly forgiving of Ned, their rela­tionship is particularly moving, retaining an innocence where the rest of the family’s innocence has been lost, and Sally subtly becomes the crux of the film – her immersion in the Aboriginal community providing the stability that was absent from the protagonists’ childhoods. Ward aimed to celebrate “the overlooked” side of humanity: “The ones that just get on with it without drawing attention to themselves. The selfless rather than the selfish.” This recognition is played out in the microcosms of the siblings’ relationships. Kate, the family favourite, is deeply misguided and anxious for the attention of both her brothers, intermittently seducing them and provoking rifts in her desperation to remain at the centre of their burgeoning sexuality. As the treasured child, Kate wishes to remain within this microcosm, experiencing spouts of jealousy when the pubescent Ned lusts after a local girl and she seems to manipulate her position to forgo growing up. Indeed, Ward was initially attracted to Kate as the protagonist: “She is wild, unorthodox, exciting, she drives the action, is a dynamic female character and curiously, despite the transgressive sex involved, not a victim. She appealed to me in the same way Scarlet O’Hara appealed to me. Destructive and wilful but with plenty of courage.”

The fractures of this family dissipate to reveal the affection and frustration that we all feel at times for our relatives. Bruce and Ned’s relationship is fraught with ideological differences, the proud, hardworking, countryman disgusted at his son’s career of smut, and constantly amazed at his allure to beautiful women when he is treated as a disappointment by his own father. But in their reconciliation, Bruce acknowledges the wrenching pain that Ned underwent in admitting his part in Kate and Cliff’s deaths. In visiting this familiar theme of familial forgiveness Ward exposes a wider degree of experience and empathy within her audience. “I’m not Catholic, but this film is full of big Catholic themes such as reconciliation, redemption and forgiveness. I think that Ned is immobilised by survivor guilt. He holds his own culpability in the central tragedy of the story by blaming his father and what he comes to understand (thanks to his sister’s wisdom) is that he can’t move on until he forgives his father and accepts his own part in the tragedy.”

Ned’s relationship with Toni is symptomatic of how his past profoundly affects the relationships of his present, and the manipulations of Kate are transferred onto Toni in the role of abused girlfriend that she finds carved out for herself by the family fold. She is always second best, Ned refuses to look her in the eye when making love, and she desperately strives for attention from her boyfriend as he immerses himself ever deeper into his past. There’s a certain admirability in Toni’s stoicism and persistence and her relationship with Bruce portrays her ability to be touchingly thoughtful at times. Eventually Bruce is the one who makes the call for a taxi, plots her escape, perhaps unknowingly to him, to help her avoid the tragic fate of his own daughter, uncomfortably displaying Ned as wilfully destructive. Through the film’s short beginning, an unlikely alliance forms between Toni and Bruce – both overlooked by Ned, and both struggling with the isolation and the realisation of their own mortality (in Bruce’s case) and the mortality of her relationship (in Toni’s case).

Beautiful Kate shares much in common with Baz Luhrmann, whose films, such as Australia, Romeo and Juliet and Moulin Rouge, are feasts for the eyes as much as they are compelling stories. However, Ward is reluctant to compare their work: “I am not a fan of the sort of films that Muriel’s Wedding and Strictly Ballroom spawned. I wanted to tell a uniquely Australian story that represented us as complex and attractive as well as flawed and comic.” The film is captivatingly beautiful, with a fastidious attention to detail more common of short film, and here the previous credentials of Ward and Director of Photography, Andrew Commis, shine through. By assembling a story board for every scene, the pair concentrated very much on the visual – with a palette of sandy yellows, glinting sunsets, dry battered blue walls and misty orange reminiscences perfectly capturing the bare-skinned beauty of the young protagonists alongside the dereliction and natural simplicity of their surroundings.

Beautiful Kate was showing across the UK from 30 July 2010. 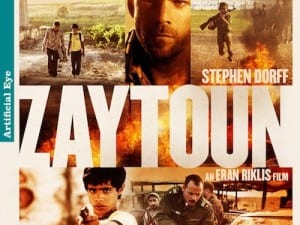 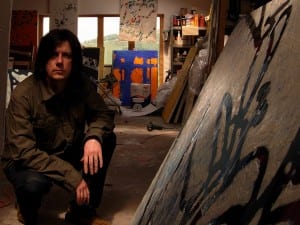 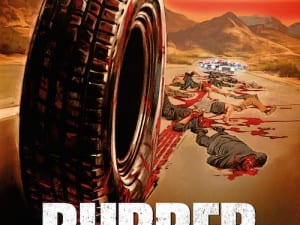 Rubber is surreal and bizarre, but just when connections are made, Dupieux cleverly reminds you that there is no reason, and after all you are watching a film about a killer tyre.