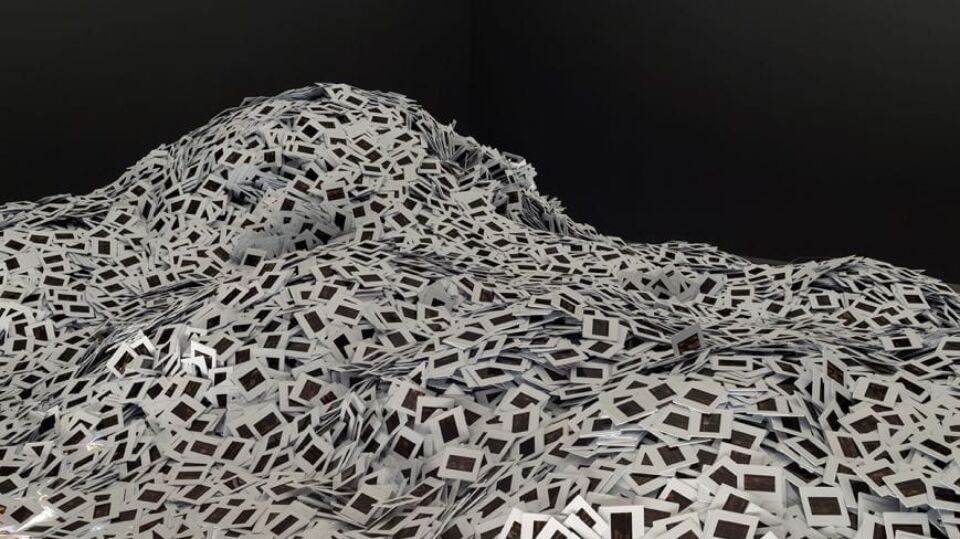 Chilean-born, New York-based Alfredo Jaar (b. 1956) travelled to Rwanda in the summer of 1994, towards the end of five months of mass killings, during which members of the Tutsi community had been slaughtered by militias from the Hutu group, alongside many other people including members of the Hutu community. Jaar recorded his encounters with survivors through photography, video and various forms of record-keeping. The resulting suite of artworks, which continued to grow until 2010, offers an example of the power of contemporary art to confront political realities, whilst also dissecting the perceptual and moral complexities of distant observation.

A version of the series is now on display at the Zeitz Museum, and consists of 10 works placed across a range of gallery spaces, with the artworks – many of which are video installations, or constructions in neon light – providing the only light-source. This creates an appropriately meditative ambience whilst also suggesting the need to let the works unfold their own mysteries.

Pieces on display include photographs and video installations, as well as more experimental works which filter the events observed by Jaar through several channels of representation. A balance is maintained between the need to bear witness and the obligation to reflect on the terms of one’s own viewing.

The opening piece in the sequence, Embrace, is a video artwork showing two young male survivors of the tragedy, locking arms and facing away from the camera. Jaar captured the footage in situ, just yards from the boys, and the work conveys the sympathy and attentiveness of the viewer as well as the shared suffering of his subjects. But the concealment of the boys’ faces leaves an impression of distance between our perception of events and their lived experience: they are united by a grief we cannot truly comprehend.

Works like Real Pictures, meanwhile, take us deeper into the mire of representation and its blindspots. A set of black archival boxes containing photos of survivors taken by Jaar in 1994, this visual evidence remains concealed, but the lids of the boxes are engraved with descriptions of their contents. This might suggest our inability to emotionally process the reality of genocide. Conversely, it might also imply the need to avert our gaze from the too-easily imbibed visual languages of news media. So too, the graphic work Rwanda Rwanda, which consists simply of the title word repeated in a bold block of type, presses home the need to speak of the killings while also implying the desensitisation that comes with over-exposure.

Several works in the show also contend with Eurocentric biases that ensured a lack of balanced media coverage. The installation work Untitled (Newsweek) comprises copies from every cover of Newsweek from across the course of the genocide – April to August 1994 – most of which make no mention of it. Jaar’s inscriptions underneath describe what was happening in Rwanda during each week of print coverage, as audiences in the English-speaking world remained oblivious.

The fact that this is the first time Jaar’s Rwanda Series has been exhibited in Africa makes this an especially compelling exhibition. Jaar offers a visceral and conceptually lucid body of work, as critical of the artist’s own perspective on the Rwandan genocide as those of the international journalists and politicians whom he exposes for their failure to speak or act.

The Rwanda Project is running at Zeitz MOCAA until 23 May 2021. Find out more here. 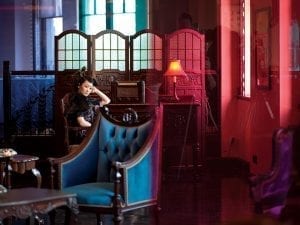 The top picks for 7-8 April offer global dialogues, navigating international domains from China to Germany to examine a changing landscape.

Step into Alfredo Jaar’s ‘The Garden of Good and Evil’ and you’ll get a jolt. Dreamy visions suddenly give way to a concealed steel cell, and another.