The top picks for this weekend offer global dialogues, navigating international domains from China to Germany. Drawing a portrait of a changing landscape, these shows discuss worldwide growth and the resulting altered nature of the image through photography and installation.

Olaf’s highly cinematic photographers are defined by a strong sense of narrative. The series – which takes Shanghai as its location – is the second in a three-part project tracking the artist’s intercontinental travels. Traversing the boundaries between public and private spaces, many of the pieces examine the position of women in the city. From 7 April. Find out more here.

This exhibition occupies both YSP’s underground and open air spaces, offering a selection of monumental installations which transform the park into an arena for political reflection. Addressing notions of human trauma and the state of image-making in a world defined by information networks, Jaar’s work is timely and socially responsive. Until 8 April. Find out more here.

Gursky’s large-scale photograph, Rückblick, constructs a fictional scene in which German political figures sit in front of Barnett Newman’s painted investigation into the sublime, Vir Heroicus Sublimis. The expansive work reduces the characters to tiny figures, questioning the effects of capitalism and globalisation whilst using digital manipulation to address notions of truth. Until 8 April. Find out more here.

Featuring well known pracititoners from Germany, this show offers an overview of the country’s notable contribution to the art world. Featuring names including Bernd and Hiller Becher, Thomas Demand, Candida Höfer, Thomas Struth and Wolfgang Tillmans, the collection provides a trajectory through the past, present and future of photography in the region. Until 29 April. Find out more here.

At the time of Arbus’ death in 1971, the artist had completed printing eight of the sets in this portfolio. The collection paved the way for her posthumous career, and Smithsonian tracks its history from its conception in 1969 to 1973, unearthing how the series enabled a critical understand of photography as an art form.  Until 21 January. Find out more here.

Each day, more than three billion images are shared on social networks. Jeu de Paume examines the production of these photographs.

Yorkshire Scultpure Park is hosting a new exhibition, At Home. As the first in a series curated from the Arts Council Collection as part of the National Partners programme, it marks the Collection’s 70th anniversary. It displays works which focus on the introspective and domestic aspects of life, all within the Bothy Gallery. We caught up with Dr. Helen Pheby, curator of YSP to discuss the inspiration and domestic resonance of the work. 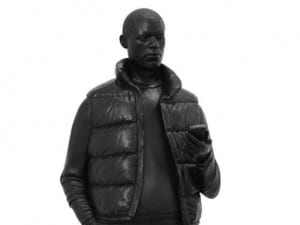 A sculpture of a young man in casual dress holding and looking at a phone, Network (2012), will make its open-air premier at Yorkshire Sculpture Park as part of a solo exhibition by Tom Price.