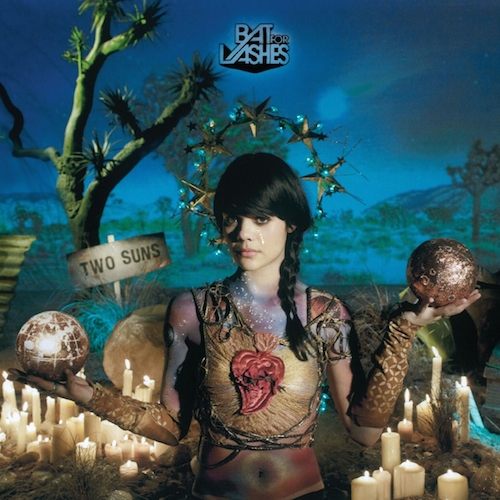 Bat For Lashes is one of the most progressive artists at the moment. After being nominated for the Mercury prize in 2007 for Fur And Gold, Natasha Khan has become something of a phenomenon.

For Two Suns, Khan headed Stateside to New York and California to create a conceptual and ambitious piece of work.

The opening track Glass is expansive and captivating. Khan’s vocals mix with a primal beat, which opens the album defiant and strong, quickly followed by Sleep Alone with vocals yearning for love, but a consistent beat throughout. It’s a different overall sound to Fur And Gold, maintaining Khan’s aching vocals, but an exotic experience laden with fascination. Sitting somewhere in between pop, folk and dance, Khan emerges as a truly innovative musician and soon to be icon.