Art Is Life Is Design: Overview of Design Miami, 2015 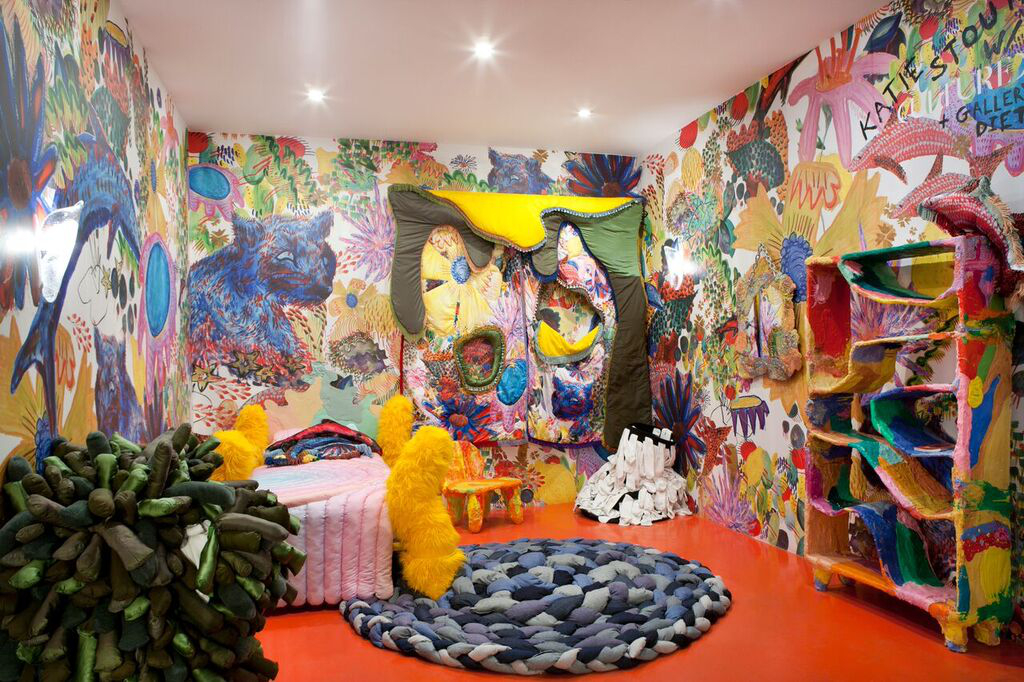 In its 11th year, Design Miami 2015 seemed to rub shoulders with the high and experimental art of neighbouring Art Basel Miami to more dramatic and interesting effect than ever before. Standing under Unique Blue Crystal (2015), a new light by Jeff Zimmerman at the R & Company booth where my journey began, it was as if its soft blue hue and crystal power foreshadowed the mood of the entire fair as it spread a glow over the Afreaks giant mushroom and chaise collection (2015) by the Haas brothers to its right. These monstrous pieces in beaded fabrics and bronze, “are creatures of sensuality and myth, unrestricted by the functions that usually define objects,” said Niki Haas as he lounged inside the Rip Horn chair (2015) carrying a hotel hair dryer bag as accessory, “they were made in South Africa with local black women beaders who were incredible [and have been equally credited for this work by their adopted name the Haas Sisters]—and emerging as they do from an environment rife with hardship, the Afreaks are testaments to the endurance of love that resides in every person.”

Reiterating this new octave of emotional design, recent RISD graduate and emerging young designer Katie Stout transformed a whole booth into a girl’s bedroom. Equally colourful and equally somewhat monstrous, the Bedroom (2015) vision also stretched the limits of what we recognise as functional design pieces. “I was going to make a stuffed animal of a girl in her undies on her stuffed laptop taking photos in photobooth for this installation, but due to my deadline I couldn’t,” Katie told me as we reclined on the fluffy bed. We also discussed how as social media queens, crucial brand allies and increasingly loud activists, girls, and their voices and ideas, are finally appearing in mainstream culture, and are being sought out for pioneering design intelligence that addresses the challenges of futurism in new ways. There were several interesting pieces on show at Friedman Benda, a gallery from New York that also shows contemporary art. Sitting in a soft fishscale couch by the Campana brothers (Pirarucu, 2015), across from a revolutionarily cozy 3D chaise-longue by Joris Laarman (Microstructures, 2015), I had a long chat with Marcel Wanders, who is eagerly preparing his first solo art show at this same gallery in February. “After 25 years of creating joyful objects, I’m wondering if this is actually a caricature of me,” he pondered self-reflectively, “I want to share new types of energy, things like fear, anger and pain; things that don’t belong in a teacup in a shop but that belong on the podium of art.”

A golden punching bag (KO, by designer Alberto Biagetti and artist Laura Baldassar, 2015) in the adjacent Secondome Gallery booth swung as he said this, and the mood of art is life is design got even stronger. Design is at an inflexion point, the fair seemed to be saying, aware that its current retroversion into Modernism, a place that, while perhaps offering surface comfort from the challenges of early digitalism, fails to engage with their realities: how to seduce and manage virtual crowds, manufacture avatar selves, deal with international terrorism, ecological disaster and global anxiety with some form of activism. At its best this is the role of good design: specifically, as the highlights of Design Miami attest, good design that’s hooked onto the oracular fast train of contemporary art. 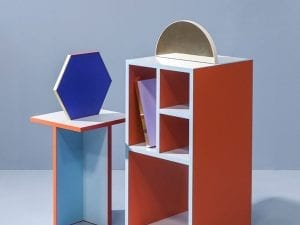 Design Fairs to See this Year 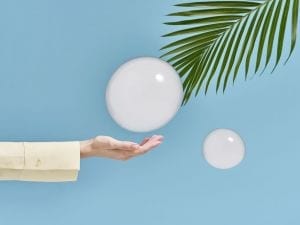 Studio Swine x Cos’ sculpture creates blossoms that evaporate on contact with skin yet linger upon collision with fabrics. 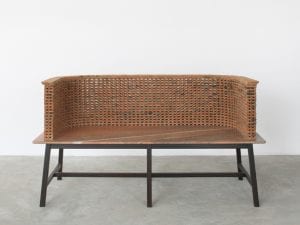 Design Miami/ returns to Basel for its 11th edition with an array of exhibitions from 14-19 June. A global forum for design, each fair brings together an influential list of collectors, designers and curators from around the world.