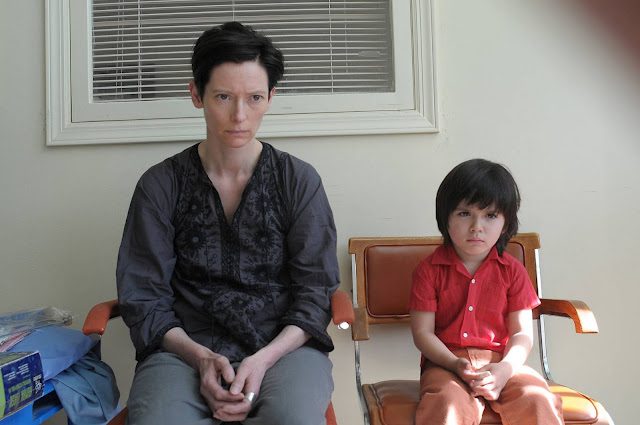 The 2011 Reykjavík International Film Festival (RIFF) took place in the Icelandic capital from 22 September – 2 October. The festival’s main competition category, ‘New Visions’ was reserved for directors who have never, or only once before, made a feature film. RIFF’s signature Golden Puffin for Discovery of the Year went to Russian director Angelina Nikonova’s Twilight Portrait (Portret v sumer kakh, 2011). In a triumph of narrative over technical limitations, Nikonova and lead actress Olga Dykhovichnaya collaborated to write and produce this film, which confronts problems in Russian society through the figure of a social worker (Marina). Marina has become disillusioned: she belongs to a hypocritical middle class, while the lower class families she works with are trapped in cycles of abuse. When she herself becomes a victim of abuse, and is presented with an opportunity for revenge, she takes a radically hands-on approach to changing a small corner of Russian society.

At the opposite end of the spectrum, New Visions also included Follow Me (Folge Mir, Johannes Hammel, 2010), a film that made narrative subordinate to aesthetic vision. Its slender storyline follows a family: a woman, her husband, and their two young sons. The woman’s determined cheerfulness frequently descends into paranoia, and it is unclear whether her mental problems pre-date her family life or are the result of it. When her husband also begins to behave strangely, there is a blackly humorous sense that madness has infected both parents, leaving the sons to fend for themselves.

Apart from an opening sequence in colour, reminiscent of 1970s home movies, Follow Me is shot in 35mm black-and-white. It is characterised by beautifully composed shots, where the camera gravitates toward tiny alterations in the characters’ facial expressions, particularly those of the volatile mother. As if to emphasise her manic alterations, the mother is played by two actresses, a technique previously employed by Luis Buñuel in That Obscure Object of Desire (Cet Obscur objet du désir, 1977). Daniela Holtz plays the role of the mother for most of the film, but Charlotte Ulrich periodically steps in, making the character appear older and more profoundly troubled by the world around her. Unlike in Buñuel’s film, the two actresses are similar in appearance. In fact, there is a strange resemblance between Holtz and Ingrid Bergman, while Ullrich resembles the actress’s daughter, Isabella Rossellini.

Several films in the New Visions category achieved a successful balance between narrative and aesthetics. One such film was Joachim Trier’s Oslo, 31. August (2011), which traces a day in the life of Anders, a recovering drug addict. Having reached the end of his rehab programme, Anders is about to return to the outside world. The film follows him as he attends a job interview and attempts to reconnect with friends and family. People are often surprised by what Anders has gone through, and can be mistrustful of him. but Anders’ biggest obstacle is his own belief that he is a failure, which balances him on the edge of self-destruction.

The film boasts a script so strong it could work well as a radio play: every time Anders meets someone from his past, they engage in a dialogue that feels authentic, reflecting both Anders’ own feelings and other people’s everyday lives. Crucially, it also incorporates humour, welcome in a film on such a heavy topic. The film’s aesthetic, while minimalist, nonetheless makes an important contribution: the simple Scandinavian interiors, generic exteriors and static camera reflect Anders’ own alienation, his diminished point of view on life. The film’s closing image is the sole romantic and artistically self-conscious shot in the film, evoking Henry Wallis’s 1856 painting The Death of Chatterton.

RIFF is by no means summed up by its competition section aimed at newcomers. It also showcases the work of established directors, with new films that have made an impact at other festivals. There was, for example, Aleksandr Sokurov’s Faust (2011), fresh from Venice where it won the Golden Lion. Short on narrative, like Sokurov’s earlier film Russian Ark (Russkiy kovcheg, 2002) Faust‘s emphasis is on atmosphere, which the director achieves like no other. Faust recreates a past world, complete with its earthy, visceral reality, as well as its ethereal beauty in the form of Gretchen, a young girl who becomes the object of Faust’s obsession. The audience has the sense of entering the director’s imagination while never quite abandoning the real world.

Honouring another master of atmosphere, RIFF screened three films by Hungarian director Béla Tarr: Family Nest (Családi tüzfészek, 1979), Werckmeister Harmonies (Werckmeister harmóniák, 2000) and his most recent film, declared to be his last, The Turin Horse (A Turinói ló, 2011). In a special ceremony at the Icelandic President’s house, the festival presented Tarr with a Lifetime Achievement Award. 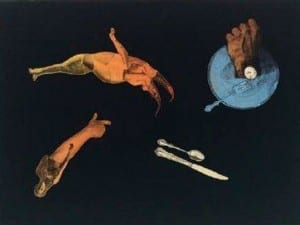 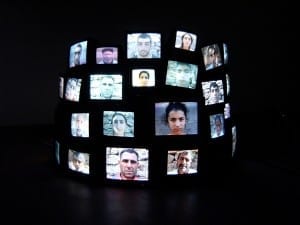 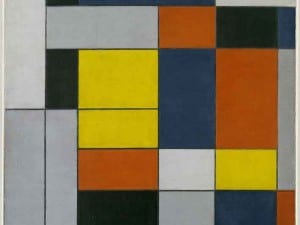