The 5 to See for 25-27 August reveals the current state of equilibrium between reflection and foresight. Each exhibition demonstrates a continual dialogue with the past using a range of materials.

Brazilian Modernist brings to light the portfolio of Roberto Burle Marx, displaying his contribution to landscape architecture, painting, sculpting set design and environmental activism. Having designed more than 2000 gardens and discovered 50 new plant species, it is surprising that Marx’s 60 year career remains somewhat overlooked. In his native country of Brazil, Marx is celebrated as a pioneer of Modernism, most known for the impact and sustainability of his designs in the capital, Brasília and in Rio de Janeiro. The exhibition pays homage to the continuity of his interdisciplinary work and illustrates the full range of his creative production.  Open until 3 October.

Presenting a selection of works from this year’s Young Masters prize, as well as established artists represented by Cynthia Corbett, Over-Seas House’s exhibition celebrates artists that are influenced by the artistic traditions of the past. Set in the grandeur of the historic clubhouse, the show combines contemporary art that plays with self-referential notions of historicism, and compositions which are strict to their orthodox roots. The show depicts the full landscape of modern classicalism by displaying a range of experiences and age, as well as a thematic inspiration. Open until 8 September.

The ambiguous association of appropriation, authorship and ready-made objects, and the equally precarious relationship between language, personal narrative and collective history are the overarching themes in Luciana Brito Galeria’s collaborative project. The show features a range of practitioners such as Vonna-Michell who elaborately constructs narratives centred on historical research and social observation filtered through personal anecdotes. The site-specific works are constantly modified through slight interventions to create what he terms a “narrative of the form.” Open until 9 September.

A City Called Mirage is the first solo exhibition by ISCP resident Kiluanji Kia Henda in the US. Comprising a four-channel video installation, as well as three related series of photographs, the collection looks at the life-cycle of modern cities. Inspired by the 3D models of existing locations, such as Dubai, Hendra’s screening depicts the construction of an ideal city, the fulfilment of the “Man with the Shovel’s” dream: a narrative created by the artist. The compositions explore the realisation of new areas where there has been little consideration of historical or environmental context, through neoliberal values that reflect urbanisation. Open until 6 October.

Co-Ordinate is a solo exhibition that follows the103 iron figure sculptures presented in Anthony Gormley’s previous Italian showcase Human, (2015). Threading together a series of works that explores spatial relationships, Co-Ordinate takes its namesake from the coordination of mind and body in the fluidity of everyday walking.  With several immersive installations, the audience becomes the locus of the investigation, interacting with metal bars in their by measuring their own figure against the spaces that Gormley orchestrates.  As an internationally acclaimed sculptor installation and public works artist, Gormley has expanded critical engagement surrounding the body as subject, instrument and material. Open until 28 August. 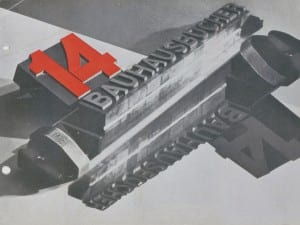 Insight into the Work of Artist Hugh Dunford Wood

Hugh Dunford Wood is an artist designer, classically trained at the Ruskin School of FineArt, Oxford, in the early 1970s. He works in mixed media including painting portraits, murals, metal and glass.