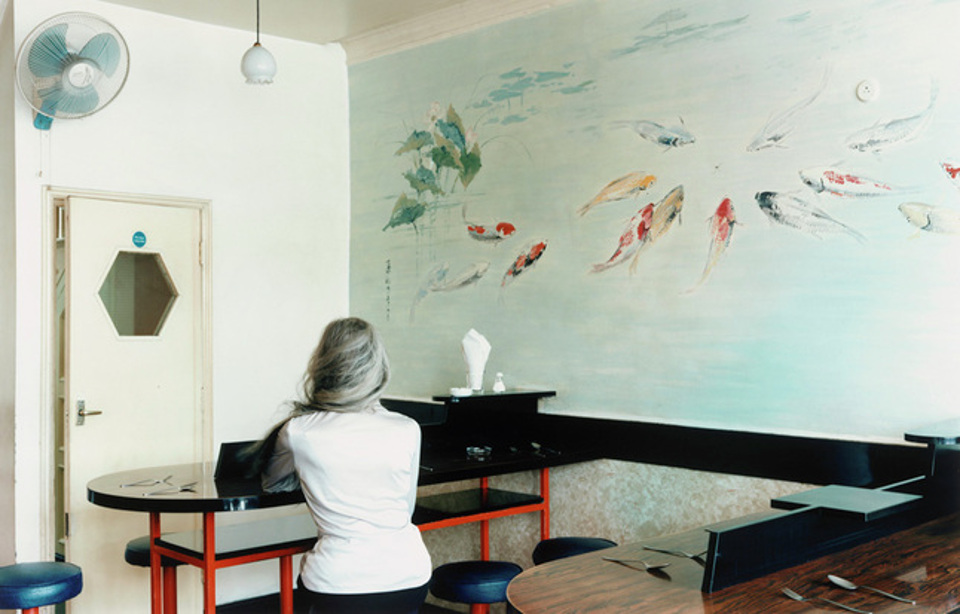 Practising within the realm of photographic portraiture and the representation of women for over 20 years, Hannah Starkey’s (b.1971) most recent work focuses on the female individual positioned within the urban environment. Known for her voyeuristic images of women in staged settings, the British photographer turns her attentions to the subtleties that lie between private reflection and social interaction in the city. Her latest solo exhibition at Maureen Paley, London, highlights the photographer’s inclination towards the use of cinematic language to convey the personal relationships between her subjects and their worlds.

Living and working in London, Starkey is drawn to street photography and its ability to capture society within an art-historial and documentary context. The genre and its distinct qualities can be traced back to the 19th century concept of the flâneur. In Starkey’s own practice, a reflection upon the flâneuse is highly visible, and is reminiscent of female authors from the mid-1800s, such as Frances Trollope or George Sand, who portrayed women actively seeking economic independence, political ambition, and gender fluidity.

Through the filmic recreation of scenes of women engaged with routine tasks such as working, shopping and sitting in coffee-shops,  Starkey comments on the moments of contemplation and detachment that are found in the midst of our daily activities. In utilising staged characters and places, the photographer generates detailed narratives that hint at familiar cultural templates, often featuring lone figures who are infinitely separated from social contexts by either their position or gaze.

The presentation at Maureen Paley marks the Belfast-born photographer’s seventh solo show at the gallery, and will feature current works including Shadows – Untitled October 2015 (2015) alongside previously exhibited images such as Untitled, January 2013, (2013). Starkey’s photographs are represented in the collections of the Centraal Museum in Utrecht, Huis Marseille Museum for Photography in Amsterdam, Irish Museum of Modern Art in Dublin, Museo d’Arte Contemporanea Castello di Rivoli in Turin, Italy, Seattle Art Museum, Tate in London and Victoria & Albert Museum in London.

In today’s image-saturated culture, photography has never been more accessible. At Future Now, leading voices reflect on the state of the medium. 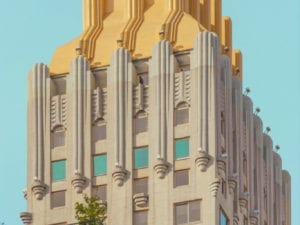 Aesthetica selects events and presentations to watch at Photo London 2019, navigating the past, present and future of photography.