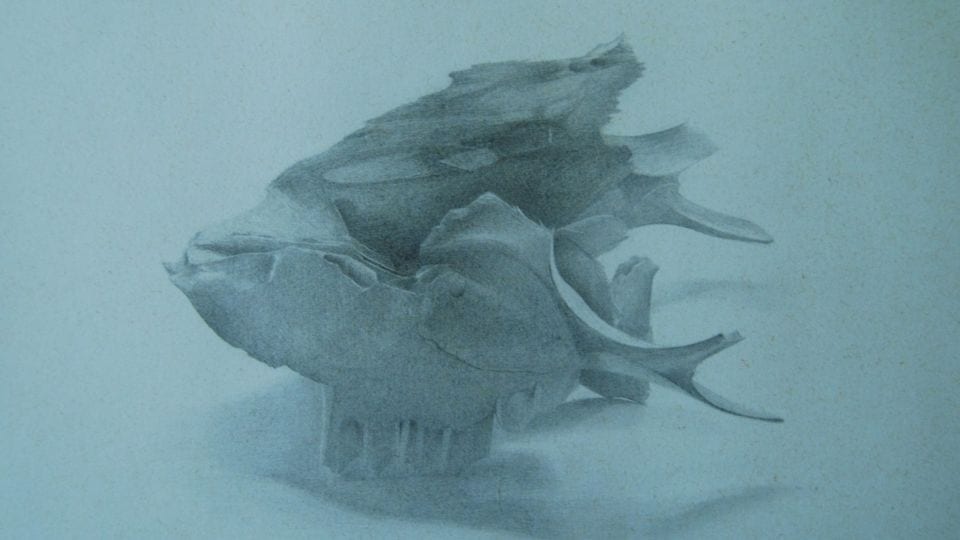 Offering an essential platform and network for artists working across a range of creative disciplines, the annual ING Discerning Eye exhibition leaves a lasting legacy, encouraging innovation and facilitating career progression for participating artists. To celebrate 20 years of sponsorship from ING, we invite a selection of past and present exhibitors to tell their stories of how the ING Discerning Eye exhibition has helped shape their creative careers.

Angharad Williams was able to springboard back into her career as a painter after several decades away through winning the ING Purchase Prize in 2007. The win meant she had the opportunity to stage her first solo exhibition the following year at ING’s London office.  She said: “Gallery owner Jonathon Cooper came to see the show at ING, and offered me a solo exhibition. The artist has been represented by Jonathan Cooper ever since. Looking back at her win 11 years ago, she notes: “Winning the ING Discerning Eye Purchase Prize in 2007 has had a most important effect on my career. This association has resulted in my work being exhibited in Britain and America. Indeed, no year has passed since 2007 when my work has not been publicly exhibited. My association with ING Discerning Eye in no way stopped – I am delighted to say that two of my drawings have been selected for the 2018 exhibition by one of the collectors, actor John Benjamin Hickey. The fact that the ING Discerning Eye Exhibition is comprised of six separate sections, each chosen by a different individual, rather than a committee, results in an exciting, diverse show. ING Discerning Eye is very important to me – and also a joy. Everyone has been most supportive, knowledgeable and friendly through the years.”

Jeremy Gardiner’s innovative use of materials in the depiction of landscapes saw him receive the respected ING Purchase Prize in 2013. Discussing his prizewinning work, Gardiner said he tried to create an atmosphere of distance and solitude in his painting of Pendeen Lighthouse and “imbue the picture with a timeless quality.” He continues: “They are never just landscapes; the paintings explore man’s position in the landscape, his very existence: the lighthouse becomes the symbol of that existence. Pendeen Lighthouse, Cornwall shows the structure in the distance, as seen from Levant Mine. Besides their architectural beauty, lighthouses have a symbolic significance; they are feats of Victorian engineering, designed to withstand storms and gigantic waves, a representation of humanity’s struggle with nature. These majestic structures can be found throughout Britain’s coastline.” Winning the ING Purchase Prize enabled Gardiner to travel around the southwest coast, painting sixteen lighthouses and their surroundings, in Cornwall, Devon and Dorset, including three islands: the Isle of Wight, Lundy Island and Godrevy Island. He notes: “The resulting exhibition Pillars of Light, Lighthouses of the Southwest was shown in London in 2016, and a short film of the same name was produced to document the project.” ING Discerning Eye remains incredibly important to the artist.

Portrait painter Myerscough was first invited to contribute by Martin Gayford as a young artist in 1996. Selected again in 2002 by Crispin Odey and in 2007 by Jennifer Mcrae, the ING Discerning Eye exhibition has provided an invaluable opportunity for her to develop her artistry. Welcomed back as a selector in 2010, Mysercough has since exhibited at the National Portrait Gallery and is represented by the internationally renowned Flowers Gallery.

Speaking of first being selected for ING Discerning Eye, she said: “being a young artist, it was hard to be seen or make enough money to live. Myself and fellow cohorts sought out exhibitions we could enter to possibly win a prize, but more importantly to be included, and to be seen. Being invited by Martin Gayford was thrilling. I was selected again in 2002 by Crispin Odey and in 2007 by Jennifer Mcrae. Being an artist is a bizarre cocktail of self-doubt and confidence; being selected by a critic, a collector, and an artist has been a beautiful boost. I was flattered to be asked to be a selector in 2010. It was a joyful experience, but with every picture shown to us and the considerations discussed, I could feel the hope and possible disappointment of every artist. Although my cohort has shrunk as the years have passed, I still have very important friendships. The combination of friendship and exhibitions like ING Discerning Eye, have enabled me, and many artists, to create a career.”

A Royal Academy Schools alumnus and previous recipient of the ING Discerning Eye Figure Painting Award in  1998. Archer’s complex, layered paintings bring together cinematic and art historical references. His earlier work focused on portraiture and it was his painting of Kim that first garnered the attention of the ING Discerning Eye selection panel in 1998.  Archer reflects: “The painting was one of several I completed as a student at the Royal Academy schools (1996 – 1999) whilst working directly from observation. As a student at the time it was a great boost to be included in the ING Discerning Eye exhibition and as a result I feel a special affection for the exhibition now. My practice as a painter has developed away from observation but the skills I learned during that time are evident in my current work.”

Selected for the first time in 2007 by Sarah Armstrong-Jones, landscape painter Salavador Lloyd has contributed to ING Discerning Eye for over 10 years. Since being chosen, Salvador Lloyd has been part of several key events, including 11 solo shows and three Royal Academy Summer Exhibitions. He has also been an Aesthetica Art Prize finalist and received the ING Discerning Eye Chairman’s Purchase Prize in 2015 for his painting Chalkland.

Salvador Lloyd focuses on landscapes, explaining: “I have a fascination with the natural world, I am a very earthy person and my intention has always been to make work which allows people to explore their own viewpoints and feelings…it’s about how the work touches you emotionally.” On his painting Becoming, which has been selected for ING Discerning Eye 2018, the artist notes: “You often know when you’ve made work that talks from within and during my process I tend to leave these paintings to one side to enter into art prizes. Becoming was one of those paintings that felt only right for ING Discerning Eye along with the others that were entered this year. But as we all know it is down to the eye of the beholder.”

Hannah Rose Wilson’s paintings Girl in Black Shirt and Girl in Striped Shirt were selected by Stephen Snoddy for ING Discerning Eye 2015, while the artist was still at university. “I was at the beginning of my second year of university when I was selected for the ING Discerning Eye exhibition and it was a brilliant opportunity for me. Looking back now they were very formative paintings, with pale colours and gentle subjects. They featured two women from my imagination, which was something I had just begun to explore, and the chance to exhibit them gave me a real confidence boost. Since then my subjects have become bolder, more dynamic figures who place themselves at the forefront.” Since exhibiting in ING Discerning Eye, Wilson was included in a significant show at the New Shoreditch Theatre and has begun introducing sculptural elements into her work. She says: “I’m excited to see how my practice continues to develop and where my women will go.”

The ING Discerning Eye Exhibition is a show of small works independently selected by six prominent figures from the art world: two artists, two collectors and two critics. 2018 marks 20 years of sponsorship from ING. Commenting on the two-decade sponsorship from ING, Małgorzata Kołakowska, CEO, ING UK, Ireland and Middle East, said; “ING is proud to support the ING Discerning Eye Exhibition for the 20th year in 2018. When you see 20 years of sponsorship in numbers, the size of the positive impact of the exhibition is clear. During our 20 years as partner with the Discerning Eye Exhibition, more than 2500 artists have been exhibited, just under 10,000 works have been hung, close to £250,000 has been awarded as prizes to exhibiting artists and more than £800,000 worth of art has been sold on behalf of artists. As we celebrate this landmark year in our partnership, the shared commitment of ING and Discerning Eye of encouraging emerging talent and making arts accessible to new audiences is at the fore.”

The exhibition runs from 15-25 November 2018 at Mall Galleries, London. Find out more here. 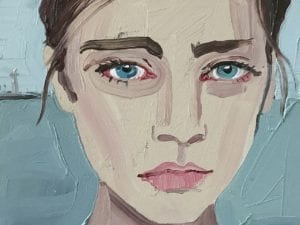 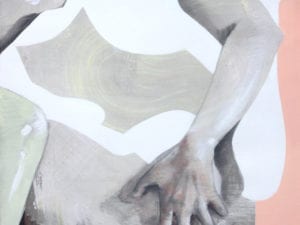 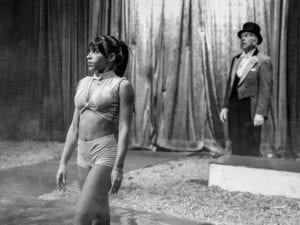 The ING Discerning Eye Exhibition, which showcases both emerging and established artists, returns to Mall Galleries, London, this November.