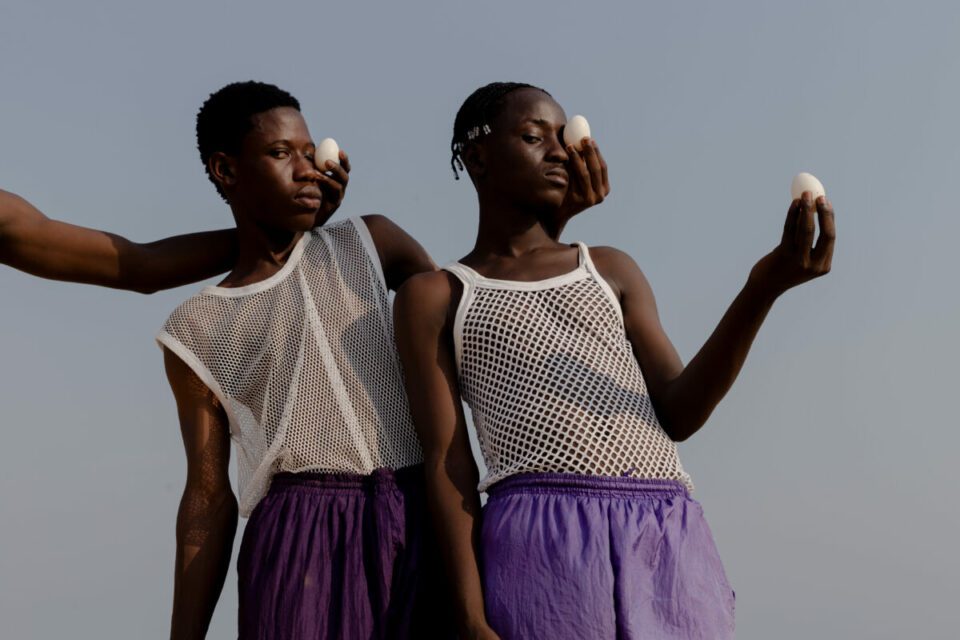 October is Black History Month in the UK. This year’s theme is Proud to Be, celebrating the contributions and achievements of Black people past, present and future. Here are 10 key arts exhibitions, events and online resources to explore this month and beyond.

In the image If we play like this, we stand a chance (2021), outstretched arms hold gleaming white eggs against the faces of young men, their eyes shielded from a setting sun in the distance. The composition is signature for Accra-based Nana Yaw Oduro (b. 1994), whose intriguing compositions explore boyhood, masculinity and identity through a geometry of bodies – portraiture reinvented through surreal and unexpected gestures. Oduro is just one of the innovative emerging photographers to be represented at the ninth edition of 1-54 Contemporary African Art Fair, with 48 galleries coming together from 19 countries: from the Ivory Coast to Senegal, Switzerland to Brazil.

Afrosurrealism, first coined in 1974 by the poet Amiri Baraka, is a visual and literary movement that uses the surreal and otherworldly to visualise the present. This exhibition looks at the world through a Black British lens, featuring the work of Hamed Maiye and Adama Jalloh. “We use Afrosurrealism as a visual framework, drawing on mythology and symbolism, as well as our personal experiences as artists, to present new ways to imagine spiritual identity,” says Maiye. This presentation highlights, in particular, the spiritual bond between twins and the meaning of the number 2. “With a history of our stories being told for us and that still being an underlying issue now,” notes Jalloh, “Afrosurrealism feels like another way to combat that but also giving freedom in a broader way on how we choose to display our narratives.”

British Jamaican photographer Charlie Phillips (b. 1944) has been documenting life in the west London communities of Ladbroke Grove and Notting Hill for 50 years. He was given a Kodak Retina in the mid-1960s, and, throughout the 1970s, captured both significant and everyday moments in the area’s history. Phillips’ photographs highlight multiple expressions of multicultural British identity, with a particular focus on Black communities in Notting Hill. “There has been a missing section in our history,” Phillips told The Guardian. “Most of our records have been destroyed or weren’t there in the first place … I’m just here to document our side of the story.” Watch a video interview here.

The career of British-Ghanaian photographer James Barnor (b. 1929) spans six decades. He made his name as as a studio portraitist, photojournalist and Black lifestyle photographer, recording major social and political changes in London and Accra. He established the Ever Young studio in Accra in the early 1950s, capturing a nation on the cusp of independence. In 1959, he arrived in London and began to record the experiences of the city’s burgeoning African diaspora. Barnor’s portraits – both in black and white and colour – are bursting with energy and a zest for life: subjects enjoy music, family and the outdoors. Watch a video interview here.

In A Black Gaze, Tina Campt examines Black contemporary artists who are creating and curating a distinctively Black gaze. Their work – from Deana Lawson’s disarmingly intimate portraits to Arthur Jafa’s videos of the everyday beauty and grit of Black experiences – requires viewers to do more than simply look. It’s a publication which examines the work of contemporary Black artists who are dismantling the white gaze, demanding that we see – and see Blackness in particular – from a new perspective. “The artists whose work Campt explores challenge the fundamental disparity that defines the dominant viewing practice: the notion that Blackness is the elsewhere (or nowhere) of whiteness.”

In This Here Place

Dawoud Bey’s (b. 1953) new body of work, In This Here Place, focuses on plantations in Louisiana, continuing the artist’s examination of African American history, and concurrent efforts to make Black pasts resonate in the contemporary moment. Bey has been widely heralded for compelling portraits which depict histories that have largely remained underrepresented, and these new large-scale photographs are no exception. The compositions present the landscapes that initiated and defined the relationships between African Americans and America.

In conversation with Yinka Shonibare

In 2023, Turner Prize nominee Yinka Shonibare (b. 1962) will be unveiling a sculpture in Leeds in memory of the Nigerian migrant David Oluwale– who died as a result of police harassment in 1969. Shonibare will talk about his artistic vision, his work and response to the Oluwale story with Emily Zobel Marshall, Leeds Beckett academic and Co-Chair of the David Oluwale Memorial Association. Shonibare considers identity and colonialism in his work; examining race, class and the construction of cultural identity. Across sculpture and installation– including The British Library at Tate Modern– he comments on the tangled interrelationship between Africa and Europe, and their respective economic and political histories.

“Imagining Black futures is not a new pursuit. In fact, it is a crucial part of the Black experience because it has always been important to advocate for a better future beyond our lifetimes.” ISE-DA is a platform focused on supporting Black contemporary art across the globe. Over the next few months, it will be celebrating Black imagination and speculation through the lens of key visual arts movements. The first part, now live, is a guide to Afro-Futurism. Key topics to be discovered in the coming weeks include Ethno-Gothic, Afro-Pessimism and Afro-Surrealism. ISE-DA’s The Black Speculative Arts project is a vital resource for discovering the key themes and dynamics present in music, design, film, literature and fine art.

Heather Agyepong (b. 1990) is a visual artist, performer, actor and maker who lives and works in London. Her practice is concerned with mental health and wellbeing, invisibility, the diaspora and the archive. A powerful new solo performance, The Body Remembers, explores how trauma lives in the body, particularly for Black British women across different generations. Featuring dynamic projections and an immersive soundscape, its aim is to help others to rediscover the power of self-reflection as the start of recovery and healing. It creates a “collective cathartic experience”, establishing a unique and compelling relationship between audience and artist.

Exact Editions has curated a freely available Black Lives Matter learning resource, featuring a rich collection of handpicked articles from the digital archives of over 50 different publications. Aesthetica has contributed a number of features to its Arts section, including an interview with South African artist Athi-Patra Ruga and photography spread with Montréal-based Yannis Davy Guibinga. Readers can also explore insightful writing from back issues of Apollo, Art Africa, Art Monthly and Tate Etc, offering a wide range of perspectives. 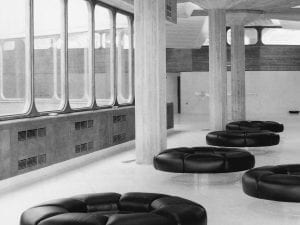 A new exhibition at Southbank Centre, London, explores the experimental history of the venue by delving into the archives. 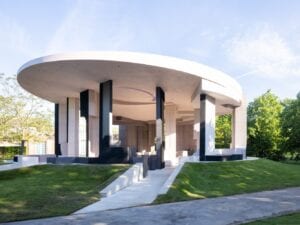 The Serpentine’s 20th Pavilion splices together architectural features from culturally significant structures and buildings across London. 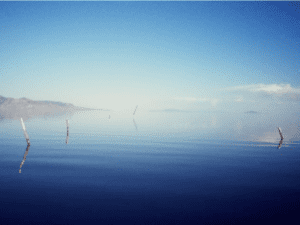