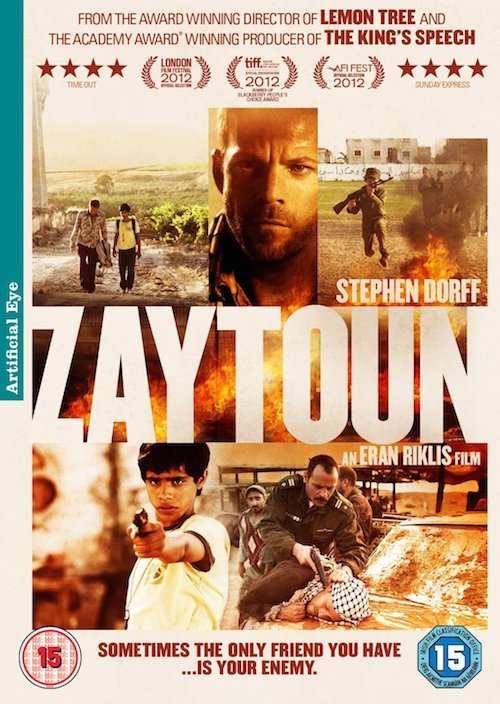 Set in 1982 during the first Lebanese war, Zaytoun opens in Beirut as the Palestinian protagonist, Fahed (Abdallah El Akal), roams the crumbling streets selling cigarettes. The boy is shunned as an outsider by residents and terrorised by the external forces shaking the city. Fuelled by the loss of his mother, and then that of his father in an air raid, Fahed makes a deal with an Israeli prisoner, Yoni (Stephen Dorff), agreeing that he will take him across the border back to the home where his grandfather once lived.

A mixture of childish antics and life-threatening danger, the film never ceases to carry a sense of hope, represented in the olive tree Fahed transports in his rucksack. The natural beauty of the rural landscape also exemplifies the perseverance of good in the world, even when humanity seems to say otherwise.

In Zaytoun, Riklis extends the road trip genre beyond matters of self-discovery into an insightful look into the concept of “enemies”, producing a captivating piece of work that unpicks the meaning of identity and friendship.