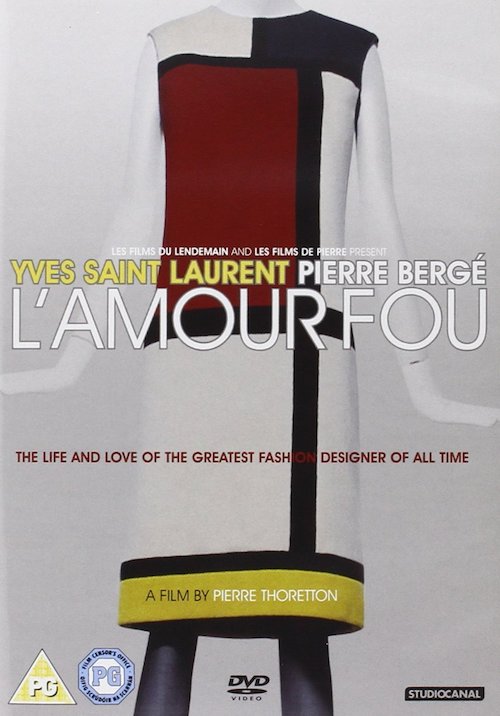 YSL is a masterpiece of a brand and Thoretton’s touching portrait is a beautiful portrayal of the man behind the fashion. Whilst other documentaries have focused on the career of the extravagant couturier (Saint Laurent invented the legendary smoking suit, the sheer blouse and the jumpsuit) Thoretton takes an intimate look at the relationship between Saint Laurent and Pierre Bergé.

After his death in 2008, Bergé decided to sell the couple’s beloved art collection, which included works by Picasso, Matisse and a fantastic Brancusi and sold at Christie’s in 2009 for $483.8 million. Taking the sale as its starting point, L’Amour Fou follows Bergé as he prepares to part with the collection that became a symbol of their relationship.

There are moments of sheer delight from the designer’s muse Betty Catroux and it’s hard not to be absorbed by the voyeuristic glimpses into such a luxurious life. The true value of this delicately poised and considered documentary, is however, in its honest portrayal of a creative genius whose exquisite collections never betrayed the psychological fragility that lay beneath.