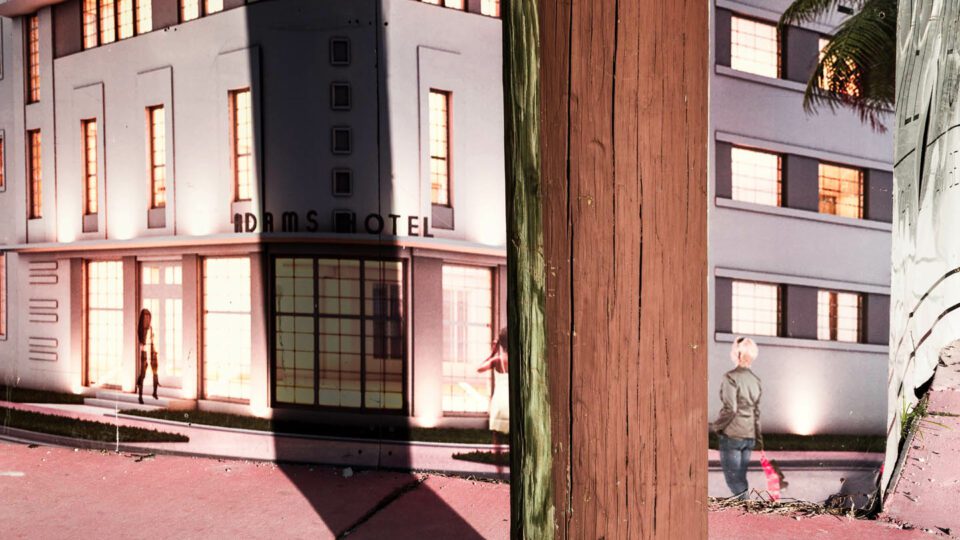 Florida is a complex place: geographically, socially, politically and economically. It is the flattest state in the USA and has the country’s longest coastline, with 825 miles of beaches (meaning no individual is ever more than 60 miles from a body of water.) It is the only place on Earth where both crocodiles and alligators co-exist, and the weather teeters between the tropical and sub-tropical. It is also a theme park epicentre, with Disney, Universal, SeaWorld and Legoland nestled into the fabric of its society, attracting millions each year.

A political battleground, Florida is the eighth most competitive state, which, following Trump’s election in 2016, has remained Republican, a trajectory that looks to continue into 2024. Following this wider sense of instability, there are over two million properties that are likely to be severely affected by flooding in the next 30 years, representing a quarter of all homes. Despite these heightened threats to security and services, the state is continuing to attract more visitors every day, growing and developing as a popular destination.

Anastasia Samoylova (b. 1984) has been compelled to photograph this mercurial state since first moving to Miami from her birth city of Moscow. Floridas, which brings together some of her most recent series, is currently on show at Galerie Peter Sillem, Frankfurt. The artist discusses her influences, and the ways in which images help us to make sense of, and complicate, these juxtapositional topographies.

A: When did you know you wanted to be a photographer?
AS: At university I studied Environmental Design. We had to build all the proposed spaces by hand, and then document the models with a camera and present the images for review. The requirements were basic, and the primary focus was on light and composition, as opposed to narrative for obvious reasons. In the process of trying to convincingly photograph my paper models I discovered that I, in fact, had begun to prefer the images to the constructions themselves. The method made me reflect on how photography alters our sense of scale and how it is always presents a singular perspective. Both concepts still inform my image-making.

A: Many of your series focus on the “climatic knife-edge” of the southern USA. You were born in Moscow, and moved to Miami; how did your understanding of landscape change in the process, and what were the main differences that struck – and perhaps moved – you?
AS: Growing up in a large landlocked city with a well-developed public transportation system I looked at environmentalism mainly from the standpoint of sustainability. My thesis project back in Moscow was a proposal for the transformation of a defunct streetcar depot into a youth cultural complex, reusing the abundant materials found on the original site. The city is positioned in a continental climate, and in the early 2000s, when I enrolled in the Environmental Design programme, the term “global warming” was a relatively new concept, but it wasn’t at the centre of our concerns. When I moved to the USA for graduate school it was to the midwest, where I spent my first seven years in the country. The humid continental climate wasn’t drastically different from Moscow, albeit a bit warmer. At university, I worked on a documentary film and a series of constructed photographs addressing the loss of family farms and the environmental consequences of industrial agriculture in the region. Moving to Miami in 2016 was a complete revelation for me, with all the hurricanes, flooding and heat. To process my experience, I embarked on a multi-year conceptual documentary project, FloodZone. The aim was to avoid images of catas- trophe and look, instead, for the more subtle signs of crisis.

A: You’ve described photography’s ability to “flatten space” and offer an “illusion of scale”, whilst referring to Miami as a city that takes the form of a “large collage.” What is it about this sense of layering that interests you and how do you apply this to your practice?
AS: There are endless idealistic renderings of new buildings and businesses that proliferate on the sidewalks, windows and façades of Miami. It is a layered surface collage of the real and imagined. This clustered assembly creates a fascinating effect of a meta-city, whose past, present and future can be observed all at the same time. By seeing these layers through a flattened perspective, I can explore this strange and often uncanny construct, where, at times, it feels like you are inhabiting an architectural blueprint as opposed to a real city, and the risks of it all falling apart are concealed under the surface. Florida is the ultimate fantasy land. It has been willed into existence by the carefully constructed image of itself: complete with accompanying vernacular pictures, from tourist postcards to buildings designed to be photogenic first and comfortable second. This has become an endless source of fascination for me, and I’m keen to dig into a wider sense of fantasy, not the reality.

A: The state is constantly in the media, whether through its entertainment culture, politics or weather. What does your work offer in terms of a new visual vocabulary?
AS: There are all kinds of stereotypes and stigmas surrounding Florida, which I was aware of even as a foreigner living elsewhere in the states. Once I moved to Miami, I discovered a thriving community of internationally acclaimed artists and institutions that were preoccupied with the real problem of mis/representation. It became clear that the clichés assigned to the state are damaging to the progress that the rest of the nation is so eager to dismiss. I wanted to complicate the notion of Florida whilst also referencing that its photographic record is quite limited.

A: Are you trying to make sense of, or complicate, the reading of the landscape, navigating its harsh binaries?
AS: Places inspire me the most: layers of time as seen in architecture. I often focus attention on the minutiae of everyday life – its joys and, at times, its bitterness. My compositions are highly structured as there is very little reportage- type drama happening, and for the most part there is an absence of people. I prefer to observe human existence through buildings and other signs of life. The space within the frame is typically flattened; there is hardly ever a horizon line, and the majority of my pieces are vertical rather than horizontal, which is typical of the landscape genre.

A: Water is present in all of your pieces – it is as compelling aesthetically as it is dangerous. How would you define your relationship with this as metaphor?
AS: In both the FloodZone and Floridas series – where the presence of water is the most prevalent – I see the element as a mirror, often black, with all its mythological implications. Even in my earliest work, the Landscape Sublime tableaux, I used mirrors as a direct reference to the Claude glass, a pre-camera device used for both compressing and expanding the landscape in order to find the most picturesque view to be rendered as a drawing. The reflections in dark floodwaters or natural reservoirs serve as visual portals into a slightly dystopian alternative reality, perhaps in the not-too-distant future, considering how reckless we are with the Earth and its precious, and finite, natural resources.

A: Why do you believe Florida is continuing to develop and to expand despite its precarious geological reality?
AS: There are certainly practical reasons why it continues to boom – from the weather and warm waters to the proximity to New York and Latin America. Unfortunately, the same population that can afford to close their eyes to the climatic risks also contributes to the gentrification, with the income of locals lagging far behind the steep cost of living. Meanwhile, public transportation is still inferior and the dependence on fossil fuels is high. It is also worth noting that Florida (as it is) would not exist without air conditioning. Despite all this, it continues to attract young tourists (the era of retirees in south Florida is long gone), snowbirds with disposable income, freelancers and developers. The state is a fascinating contradiction, and that has held my interest.

A: In what ways are its inhabitants “living” with change, and accepting its sense of danger as a kind of “paradise” that’s fleeting? To what degree is your work drawing attention to the larger geological narrative where we, as a species, simply “exist” with environmental anxiety?
AS: When I moved to Miami in 2016, I initially planned to continue my studio practice, where I had added painting and collage. However, it was climate anxiety that made me go out in the streets, trying to come to terms with it through the lens. As much as I have grown to love Miami and my community of friends that live there, I mostly agree that staying there long term will be an act of defiance if not survival. My work is from the perspective of an everyday person living amongst many tough questions, which I don’t have the answers for. Perhaps what’s most important here is that we continue to ask questions of this very nature.

A: Florida has provided you with rich ground to create work that brings the climate emergency to the fore. What are your biggest takeaways from this project?
AS: Representation matters, and it doesn’t only apply to human identity. Places require attention too, being the signifiers of the communal, the shared, from affinities to objections – it can all be found in places we inhabit if you pause and look closer. One of my favourite writers, Rebecca Solnit, notes: “We often talk about love of place … but seldom of how the places love us back. They give us continuity, something to return to, and offer a familiarity that allows some portion of our lives to remain connected and coherent … And distant places give us refuge in territories where our own histories aren’t so deeply entrenched and we can imagine other stories, other selves, or just drink up quiet and respite.” I’m interested in the layers of history rather than any sensational drama that’s of the moment.

Floridas is at Galerie Peter Sillem, Frankfurt Until 11 June

Georgia O’Keeffe created over 2,000 paintings across the course of her career. Denver Art Museum takes a closer look at the artist’s photography. 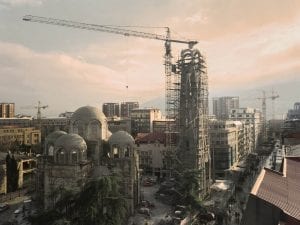 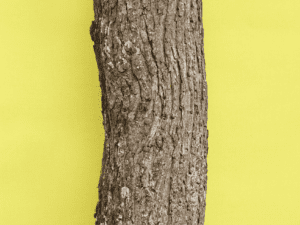 Markus Guschelbauer’s colourful, closely cropped photographs speak to a world of disconnect, in which roughly a third of all trees have been cut down.