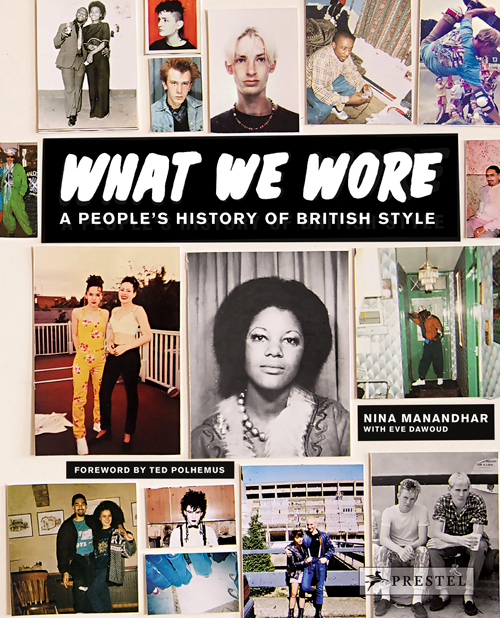 From Margate Mods to Sheffield Shoegazers, What We Wore is a collection of snapshots from six decades of street style in Britain. What began as a nostalgic Flickr project for photographer Nina Manandhar has swelled into a crowd-sourced album assembled from photographs of ordinary people, alongside a few famous faces (M.I.A, Giles Deacon, Tracey Emin).

This unique compendium substitutes glossy editorial spreads for disposable snaps of poster- splattered bedrooms, Kappa-clad holidays and Brixton raves, accompanied by frank personal anecdotes. Manandhar’s punk-rock approach, structuring the book by location rather than chronology, is a charming way to experience subcultures outside the context of a label or genre. In fact, many people in What We Wore identify outside the binaries of classic “youth tribes.”

At a time when our lives are increasingly digitised, it’s romantic to immerse ourselves in What We Wore’s lost world of “things”: polaroids, membership cards, letters, photobooth stickers. Each holds its own story in this absorbing visual record of style, youth and rebellion.