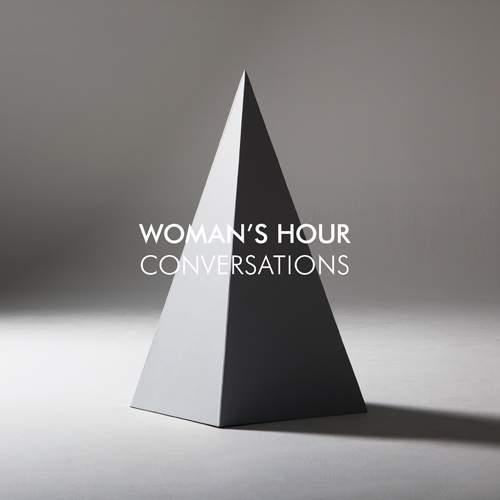 The debut album, Conversations, of London-via-Kendal four piece Woman’s Hour triggers the thought of travelling. It takes the listener on a journey, down long, straight roads in an old convertible into a period of introspection. Filled with sparse drums, guitar licks that seem to be deliberate afterthoughts, and electronic textures, the songs have an intricacy that quietly builds into emotional crescendos that don’t quite break the levees of self-control.

Fiona Burgess’ haunting vocals float through the songs as if they’ve been recorded from a call at 4am from a secluded beach house overlooking a stormy sea. Her gentle voice transports the listener to an almost spiritual level, as her words cut through the instrumental accompaniment and add soul to the minimalist arrangements.

Rated as the 6th most blogged about band of 2013 by 6 Music, the buzz now surrounding the band is steadily growing. Audiences can expect their live shows to be an intimate masterclass on how to tame ghosts using left-field electronic indie-pop. www.womanshourband.co.uk.