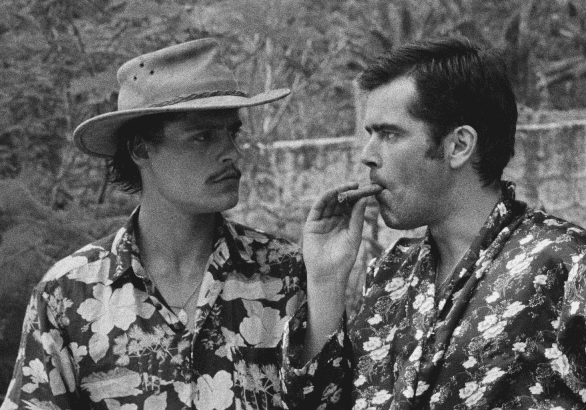 Winner of the Alfred Bauer Award and FIPRESCI Prize at Berlin, Tabu (2012, dir. Miguel Gomes) is a strange and intriguing film. It begins in Lisbon where Aurora, an elderly woman on her deathbed, wants to locate a man from her past. Her neighbour Pilar finds the man, Mr. Ventura, who tells the tale of his illicit liaison with Aurora in 1950s Africa, in the shadow of a mountain called “Tabu”. The film’s themes of old age and doomed love, as well as its sensitive black-and-white aesthetic, lead you to expect a work of self-conscious artistry, but Tabu is a film which doesn’t take itself too seriously. Small moments of ironic or absurd comedy lurk beneath its surface like the caiman Aurora keeps as a pet during her colonial days.

The opening of Tabu could make your heart sink: aside from a narrator’s voiceover, the film appears set to imitate silent models, with black-and-white shots of a European in safari gear navigating his way through African plains and jungles. The camera is too distant to reveal much interesting detail, and the tale of a colonist mourning his dead wife is too trite and sentimental to engage the audience’s emotions. But soon you become aware of something surprising and original, a quality that will characterise the rest of the film. The widower reacts to his wife’s death in an unexpected way, while the narrator continues his narration as though it were a typical romantic tale, highlighting the absurdity of clichéd romantic stories in general.

The silent film-within-a-film only takes up the first five minutes of Tabu, but the rest of the film is also inflected by early cinematic modes. It adopts the 1.37:1 aspect ratio of silent cinema, making the screen almost square and comparatively small, one might say quaint. The present-day segment in Lisbon restores the synchronised sound and high-quality image we are used to: characters speak for themselves, the camera comes close to their faces and the film stock is sensitive enough to reveal the full detail of the actors and their surroundings, capturing the lyrical quality of steam from an iron, smoke from a cigarette, and rain washing over a window. When Ventura casts his mind back to the 1950s, the film makes a partial return to silent film style: the on-screen characters’ mouths are moving, but no voice emerges, and the film stock is grainier. As at the beginning of the film, there is voiceover narration, now provided by Ventura. There is also a musical soundtrack, which captures the diegetic sound of Ventura’s band playing American songs popular at the time, as well as extra-diegetic African music. There is one strange additional layer of sound: although the characters’ voices are inaudible, you can hear the sounds of nature surrounding them.

Although the film does not make any direct political statements, questions of justice and human rights form the subtext of the film, in both past and present-day segments. Pilar is engaged in humanitarian projects in Lisbon, doing internet research for a special report and attending a vigil with the slogan ‘Shame ONU’ (ONU being UN in Portugese). The rather silly pun, and the emphasis on banal details like using the right shade of marker pen for the placard and lighting a candle at the vigil, seems to highlight the toothlessness of this kind of activism. Meanwhile, when the elderly Aurora calls her black carer a ‘monster’ or accuses her of witchcraft, the audience laughs, putting Aurora’s comments down to senile childishness and paranoia. In light of her colonial upbringing, revealed later in the film, these comments may be re-evaluated as an unpleasant residue of old attitudes. In the segment set in the 1950s, however fateful and intense Aurora and Ventura’s romance may appear, the pair also consider Africaas a mere backdrop, and its people as unimportant accessories. For a film (and an audience) fully aware that the struggle between colonisers and colonised is far more important than one love affair sacrificed to social conventions, Aurora and Ventura are diminished by their failure to engage with the socio-political landscape.

The problem for Tabu is that by focusing so much on these two characters, the film itself risks leaving a diminished impression: why should we care about these two selfish and ultimately conventional characters? The film’s answer, perhaps too subtly presented, is that audience members might find some reflection of themselves in these characters. Selfishness is not limited to Africa in the 1950s: in present-day Lisbon, a young Polish backpacker has arranged accommodation with Pilar but decides to drop it for a better offer. She approaches Pilar, who is waiting to pick her up at the airport, and pretends to be a friend of the backpacker, relaying a message that she is unable to come. In the contemporary economic crisis, people can’t necessarily be relied on to act honourably and show solidarity: many will remain chiefly concerned with their own narrow lives, and only pay lip service to broader ideals. Tabu is a film that asks us to negotiate with it the shadows of two mountains: the first is past cinematic models, which it both venerates and skilfully departs from; the second is the circumscribed shadow of our own lives. 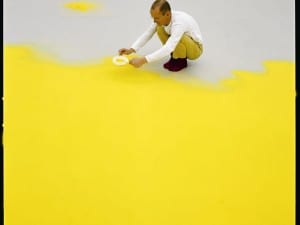 Pollen from Hazelnut is a constructed pollen field by Wolfgang Laib. Running at MoMA from 23 January, this work is Laib’s largest pollen-based installation to date, taking up a huge 18 by 21 feet. 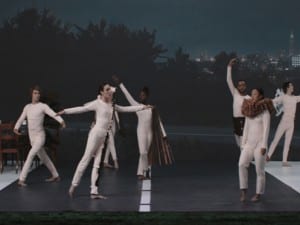 Grace Schwindt’s Only a free individual can create a free society is a captivating feature-length film installation currently in place at Site Gallery, Sheffield and running until 28 February. 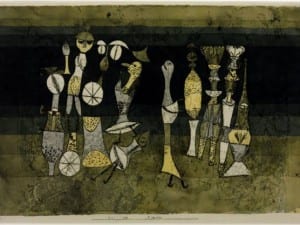