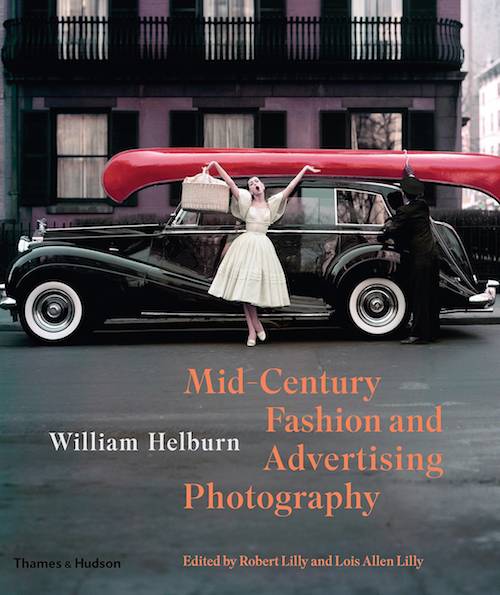 It was his love for women that led William Helburn to become one of the most prolific advertising photographers of the 1950s and 1960s. His appreciation of feminine beauty, combined with his charismatic personality, resulted in a practice that saw him working with the majority of the top advertising agencies in New York.

Helburn’s style came from his desire to surprise his audiences. He states, “I tried to do something different. ‘Shock value’ was a term that was used. And I meant to shock people as much as I could.” His bold and playful images found their way into the pages of Harper’s Bazaar, Life, Vogue and Esquire, amongst others, showcasing the beauty of the top models at the time, including Jean Shrimpton, Barbara Mullen and Jean Patchett.

William Helburn Mid-Century Fashion and Advertising Photography not only documents the perfectly glamorous type of commercial image-making that was popular at the time, it also recognises the significant contribution Helburn made to the industry through the presentation of 200 captivating colour images.