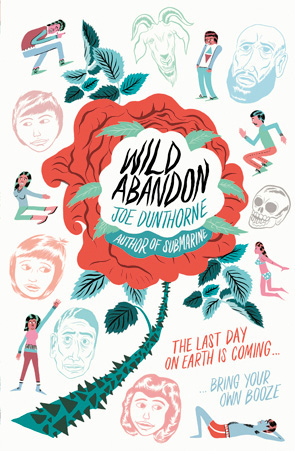 After the overwhelming success of Submarine, Joe Dunthorne’s second novel is surrounded by high expectations and it does not disappoint. Wild Abandon is laced with Dunthorne’s particular blend of humour and pathos, but without the narrowed perspective of the first person narrative that made Submarine distinct, the adults are allowed room for a more sympathetic portrayal.

Set on a communal farm in Wales, Wild Abandon follows Kate and her younger brother Albert as they deal with the day-to-day struggles of living in a community outside the status quo. Their father Don is faced with the prospect of re-unifying the community as it disintegrates under his barely capable hands along with his marriage. As Kate escapes to discover the suburbia she has dreamed of and Albert prepares for the days of impending apocalyptic doom, Don embraces the concept of self-sufficiency and rave culture.

An enjoyable read that brims with honesty, Wild Abandon captures the disenchantment of the community members as they struggle to remember why they chose a particular life in the first place.