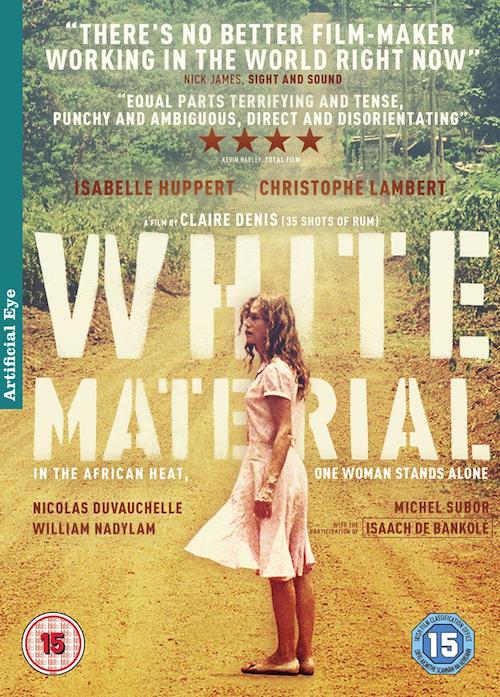 White Material is the latest feature film from acclaimed French director, Claire Denis. Like many of her other works it focuses on Africa and depicts a former French colony. The exact premise of the film is unclear and no wider context is ever hinted at: suffice to say there is revolution – the army against a band of rebels, fuelled by the provocative allegations of a radio DJ.

In the midst of this conflict is the Vial family, or more specifically Maria Vial (Isabelle Huppert). Huppert is commanding as the unsympathetic Madame Vial; stubbornly clinging to the family coffee plantation and the remains of her life. The film is beautifully shot and captures well the futility and tragedy of Maria’s obstinate endeavour to keep the coffee farm running despite the threat of violence.

Though the threat of action constantly looms, the film is painfully slow moving and when drama does transpire it does so in a muted fashion. Dialogue is sparse and atmosphere takes precedence, expanding into suffocating tension. A subtle and oblique piece of cinema that won’t be to everyone’s tastes.
www.whitematerial-lefilm.com.