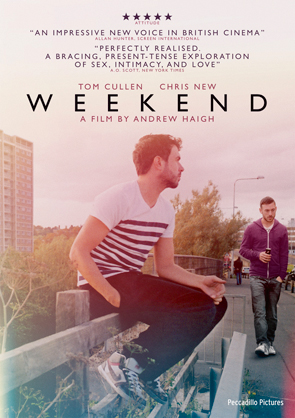 When Russell (Tom Cullen) heads out to a nightclub looking for a one night stand, he picks up Glen (Chris New), and after a brief encounter, the pair experience an intense relationship that lasts for only 48 hours. They are opposites: Glen is loud and an aspiring artist just about to leave for the USA, while Russell is a lifeguard with a reserved personality, but somehow over the course of a weekend the two develop a bond that changes their lives forever.

Having won several awards at numerous festivals such as SXSW and the BFI London Film Festival, Weekend has pulled at the heartstrings of audiences. It’s true, as a viewer, you do empathise with Russell and the internal struggles he has, and for that reason, Weekend delivers.

However, what lets this film down at times is the predictability of the storyline, lacklustre cinematography and slow moving dialogue. The film was written, directed and edited by Haigh, and therefore it’s easy to see that this was a project close to his heart, however it could have benefited from additional creative input.