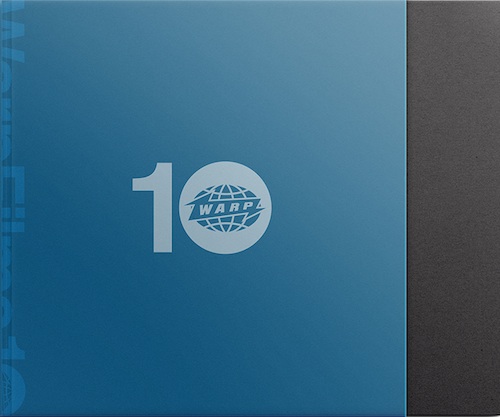 As Chris Hewitt (Empire Magazine) observes in the opening foreword of WarpFilms10, it is an outstanding feat for any British film company to reach its first birthday. However, regardless of the unstable economic climate, Warp has hit 10 consecutive anniversaries, adding more and more titles to its ongoing body of work.

With films such as This is England, Tyrannosaur, Dead Man’s Shoes, Submarine and Four Lions  in their back-catalogue, it is easy to see why Warp Films has stuck around. Beginning with Chris Morris’s My Wrongs #8245-8249 & 117  in 2002, the editors of the book take an insightful look into the intricate planning that goes into each production, unearthing photographs, emails, research and personal memories.

The party would not be complete without the films themselves and so 10 DVDs of key Warp Films accompany the text for you to enjoy alongside production notes. WarpFilms10  truly captures the company’s unique perception of the world and the continued artistic brilliance of those working in and around the Warp universe.