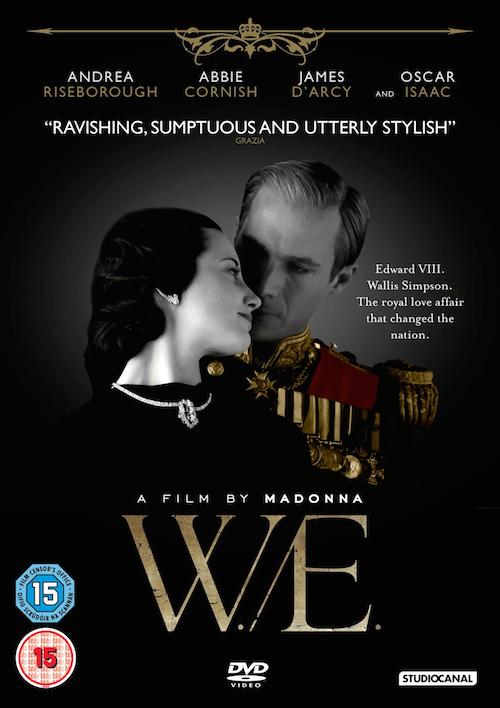 Where do you start with this film? It automatically conjures up a variety of expectations with the Madonna brand attached.

W.E. combines the story of Wallis Simpson and King Edward VIII with Wally Winthrop, an American socialite in an abusive and loveless marriage. Wally is obsessed by her namesake, and returns each day to Sotheby’s to ogle the Duke and Duchess of York’s personal effects before they are auctioned, meanwhile befriending Evgeni, the security guard.

There is an intense amount of camera movement between the lives of both women, which at times becomes confusing and non-linear. There are moments of reflection throughout, but at times it verges on the absurd. For example, in one scene, Wallis is dancing the Charleston with an African tribeswoman to the Sex Pistols while a Charlie Chaplin film screens in the background and the King spikes everyone’s drink. It’s a bizarre and pointless scene that adds nothing to the narrative. In fact, as a viewer, you start to question the overall historical accuracy. All in all, some enjoyable moments, but in need of something more.