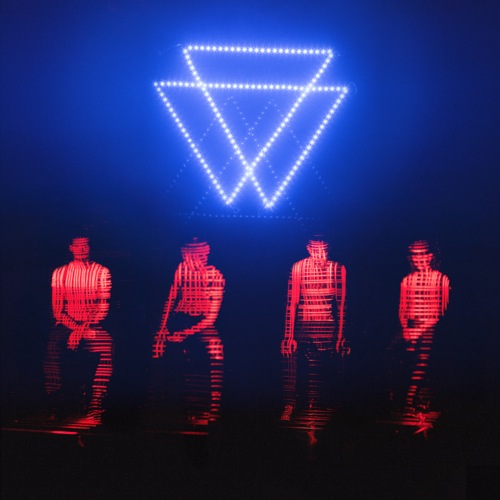 Combining electronics with a punchy rhythm and a splattering of pop, Push/Pull is an endlessly catchy album. Recorded by Max Heyes (Doves), Vuvuvultures’ debut forces listeners to pay attention. Having spent the past few years establishing themselves on the underground gigging scene, it is about time they received some mainstream acclaim.

Driven by the lead vocals of Harmony Boucher, the music combines a passionate aggression with an indifferent seduction through her clear cut tones. However, the instrumentalists are not left behind; they accompany her the entire time and occasionally lift the songs to euphoric levels.

The highlights of the record include opening track, Ctrl Alt Mexicans, and lead single Steel Bones. Positioned as songs one and two, they get proceedings off to an excellent start. The aptly named Another Hit is an unforgettable anthem of contrasting minor and major tones. As a whole, the album outlines the song-writing talents of this relatively new band, demonstrating why it is one to watch. www.vuvuvultures.com.