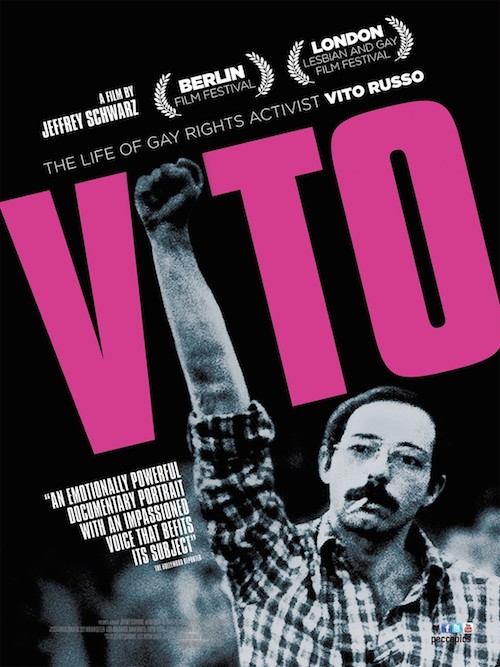 Vito Russo believed in living life to the full – and that he should be able to live his life as he chose, without restrictions and with passion. That passion eventually became politicised as his life and those of his friends became a struggle against injustice, bigotry and a mysterious disease that came out of nowhere.

Russo didn’t set out to become a gay icon, but such is his astonishing legacy. Overflowing with charisma and courage, he was possessed of a rare intelligence that, when combined with his unapologetic stance on his sexuality, transformed an outsider into a powerful, unstoppable force for change.

It wasn’t just circumstance or coincidence that put Russo at the heart of gay activism from the 1960s onwards. Neither was it his choice to become the poster boy for disenfranchised homosexuals in Reagan era America. Yet, from Stonewall via the publication of his seminal book The Celluloid Closet to the AIDS explosion in the 1980s, he represents a history of all things defining the era. Jeffrey Schwarz and a gallery of admirers laud this extraordinary man – we should too.