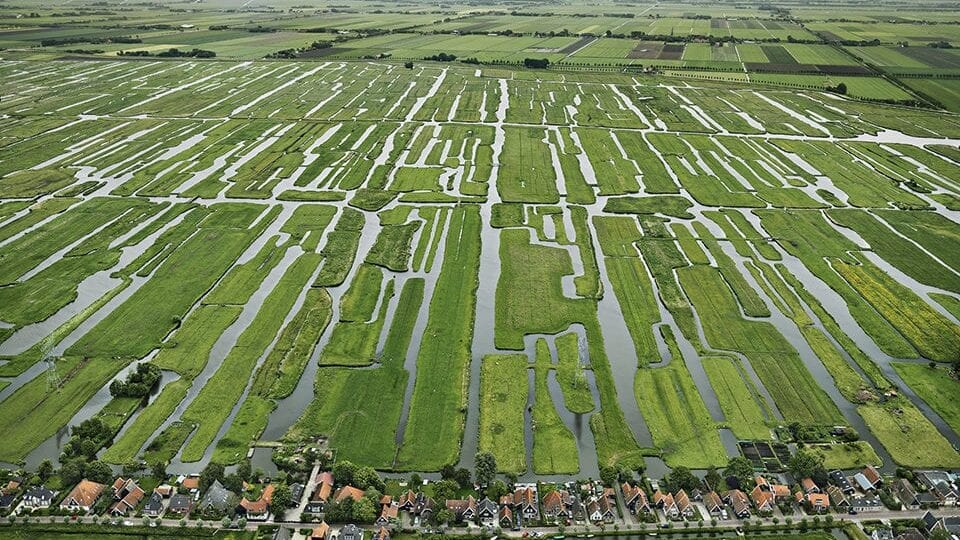 July 2019 was the hottest month on record. Humans have pushed the planet to its absolute limits, affecting its natural processes more than all other living forces combined. In a new multidisciplinary body of work entitled Anthropocene, Edward Burtynsky – in collaboration with Canadian filmmakers Jennifer Baichwal and Nicholas de Pencier – investigates humanity’s indelible, irrevocable and deeply complex influence on the Earth. The series is fuelled by a combined passion for understanding our relationship with deep geological time and the rise of technological advances. It appears as a feature documentary film, a photobook and a travelling exhibition, which can be explored via Fondazione MAST’s digital platform. Burtynsky (b. 1955) is a Canadian artist known for large-format photographs that depict the effects of industry on the landscape. His images evoke an almost painterly quality to salt pans, quarries, mines and oil fields.

A: Your entire portfolio is a testimony to a wider interest in organic ecosystems, patterns and altered geologies. When did your interest in geography begin to develop and was it always linked to photography?
EB: My earliest understanding of deep time and our relationship to the geological history of the planet came from my passion for being in nature. As a teenager I loved to go on fishing trips, canoeing along the pristine isolated waterways of Ontario’s Haliburton Highlands. That experience of wilderness left an enduring mark that still informs my
response to landscape. I came to appreciate a state that exists without human intervention. I can remember learning, for example, that 12,000 years earlier, in place of the lakes and trees where I cast my lures, a solid sheet of ice three kilometres thick had once covered the land. I realised that it was not only these wild places, but the planet as a whole that is, and always will be, an ever-changing system.

A: Your practice is, amongst other things, a direct response to the climate crisis in all its alarming facets.  It’s true that we are constantly feeding into the industry by what we consume on a daily basis. What truths are you hoping your works reveal in today’s age of over-consumption and mass-production?
EB: Our planet has borne witness to five great extinction events, and these have been prompted by a variety of causes: a colossal meteor impact, massive volcanic eruptions and oceanic cyanobacteria activity that generated a deadly toxicity in the atmosphere. These were the naturally occurring phenomena governing life’s ebb and flow. Now it is becoming clear that humankind, with its population explosion, industry and technology, has in a very short period of time also become an agent of immense global change. Arguably, we are on the cusp of becoming (if we are not already) the perpetrators of a sixth major extinction event. Our planetary system is affected by a magnitude of force as powerful as any naturally occurring global catastrophe, but one caused solely by the activity of a single species: us. Between 1900 and 2000, the increase in world population was three times greater than during the entire previous history of humankind – a quadruple increase from 1.5 to 6.1 billion people in just one hundred years. This phenomenal growth has coincided with a period of great scientific, cultural and economic achievement, a deeper understanding of who we are, what we are capable of, and our relationship to the universe. However, as we access an ever-increasing body of knowledge, we are also becoming more aware that this progress provokes as many questions as answers, with countless more people living in abject poverty than those few with seemingly unassailable comfort, wealth and power.

A: Your portfolio has moved seamlessly from ground-level shots to sweeping aerial perspectives, transforming landscapes into almost abstracted plots of shape and colour. Can you describe your working process? How has your methodology taken shape and how it has since developed in recent years?
EB: I have come to think of my preoccupation with the Anthropocene as a conceptual extension of my first and most fundamental interests as a photographer. I’ve always been concerned with showing how we affect the Earth in a big way. To this end, I seek out and photograph large-scale systems that leave lasting marks. At the heart of my challenge has been the pursuit of vantage points that best enable me to picture the relationship of these systems to the land. From my earliest shooting trips in the 1980s, I always sought to free my lens from ground level. In the early work on railcuts, homesteads, quarries, mines and shipbreaking yards, I tried to find elevated spots to plant my tripod: a berm, a bridge, a rooftop or overpass; a perch that offered sweeping overviews of the subject matter. For my China and Oil projects I rented mobile scissor-lifts and bucket-lift trucks, raising myself up from the earthbound vantage points of my earlier work, taking in the wider spectacle. The year 2006 marked a major change towards digital technology and a new way of generating work. I could mount and electronically control my camera from a 40-foot pneumatic monopod. By using drones, airplanes and helicopters, I could also achieve a bird’s-eye perspective, rendering subjects such as transportation networks, and industrial infrastructure more expansively, capturing vistas that had eluded me until then.

A: Though the rise of the digital age plays a role in some of the wider issues the planet is facing, how has it enabled you to further explore expansive and challenging landscapes? How are you embracing new technologies and finding new pathways into photography?
EB: The internet has become an invaluable tool, enabling extensive location research but also allowing me to capture subjects from even greater distances. Using high-resolution satellite imaging, I have begun making compositions that extend an earlier interest in agriculture and its geometric interventions in the landscape, evident in my photographs of pivotal irrigation sites from 2011. The image Satellite Capture, Near Buraydah, Saudi Arabia is the product of these new possibilities, gathering the visual data from a 160-square kilometre sweep of industrial desert agriculture into one detailed image. Extending the lens even further by using specialised 3D software, I am now able to capture and stitch together thousands of images of an object, or a place, and render such scenes in full detail – as images that may be experienced in all their dimensionality. This has reignited my interest in looking at picture-making as a form of sculpture – something I experimented with, albeit more crudely, more than two decades ago. Dimensional imagery can now be experienced through Virtual Reality using headsets, and Augmented Reality-enabled devices such as smartphones and tablets. I continue to be challenged by my practice, learning about technique and about the world around me.

A: How do the images in Anthropocene differ from your previous series, such as Oil, Salt Pans or Water? What new perspectives are you taking in depicting the Earth and its changing ecosystems?
EB: Several of the photographs in The Anthropocene Project record some of the most verdant and transcendently beautiful places I have ever seen. Coming full circle, I return firmly to ground level and my reverence for the untouched wilderness I experienced as a teenager. I visited the remaining ancient redwood stands of British Columbia. It was important to me that this projects should also bring into sharper focus some of the wondrous ecosystems that are endangered – the beauty and biodiversity that we are at risk of losing. This was particularly true of my first venture into underwater photography in 2016. In that year, I travelled with a support team to the Indonesian Island of Komodo, a UNESCO World Heritage Site, to dive and photograph some of the most pristine coral reefs still in existence. Using an underwater camera with high-powered flash units, and with the technical assistance of 12 divers, I spent several days mapping a specific section of coral wall, making several hundred high-resolution exposures, overlapping frames that could later be stitched together as a single continuous image. My ultimate goal was to create a finely detailed mural measuring 10 by 20 feet – as close to actual scale as possible. Notably, this coral lies 60 feet beneath the ocean’s surface. At that depth it appears as a dull, monochromatic blue. It wasn’t until we began reviewing the shots that the full range and nuance of colour became breathtakingly apparent. The work at Komodo was perhaps the most challenging technical feat of my career, but it was also a headfirst plunge into one of the planet’s most complex and dazzling ecosystems.

A: The project has expanded into something much more collaborative and immersive, crossing genres and media in its presentation. What do you hope viewers take away from the exhibition, film and book?EB: Jennifer Baichwal, Nicholas de Pencier and I believe that an experiential, immersive engagement with our work can shift the consciousness of those who engage with it, helping to nurture a growing environmental debate. We hope to bring our audience to an awareness of the normally unseen result of civilisation’s cumulative impact upon the planet. This is what propels us to continue making the work. We feel that by describing the problem vividly, by being revelatory and not accusatory, we can help spur a broader conversation about viable solutions. We hope that, through our contribution, today’s generation will be inspired to carry the momentum of this discussion forward, so that succeeding generations may continue to experience the wonder and magic of what life, and living on Earth, has to offer. 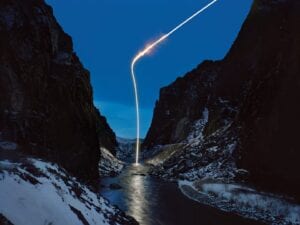 Drawn from the Aesthetica Archives, these artists and photographers take varied approaches to wild places – from aerial views to digitised vistas. 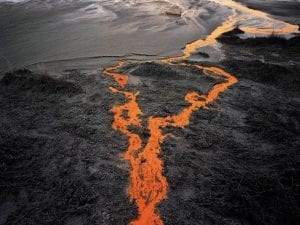 By capturing impact of human intervention in the natural landscape, Edward Burtynsky reveals the effects of industrialisation.