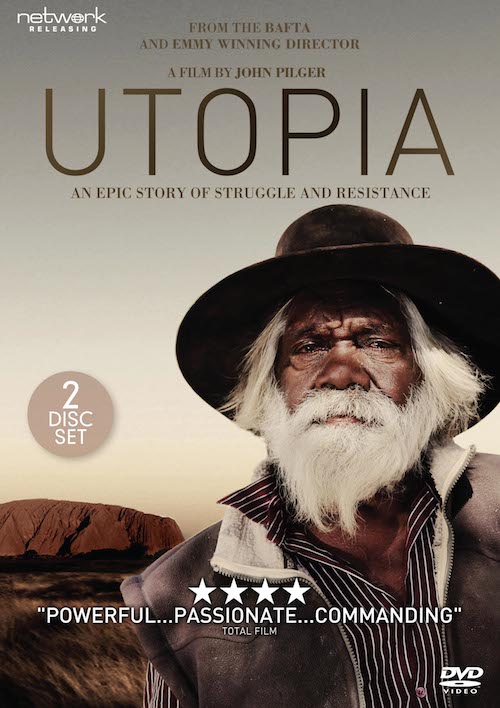 There is an understated but quietly shocking moment in Utopia that sums up John Pilger’s mission to highlight the plight of Australia’s indigenous population. It comes via footage from the mid-1980s showing families living in squalid shacks without hot running water, no utilities and facing deadly disease.

30 years later nothing has changed. The same conditions exist. For Pilger, it represents a secret agenda. Utopia – the title comes from a tract of land in northern Australia – delves back into Australia’s dim and checkered past, and the White Australia Policy of 1901, which effectively introduced a form of Apartheid as virulent as anything seen in South Africa.

However, more than a century later, despite enormous changes in South Africa (and in the USA; it has only been 50 years since the Civil Rights movement) the white / black divide remains in place in Australia. For more enlightened Australians it is degrading and traumatising. For the first Australians it is a way of life – and a reluctantly accepted state of mind.