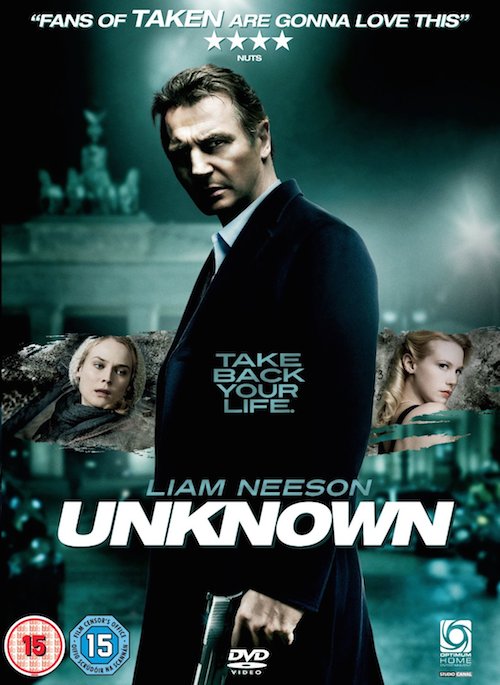 Jaume Collet-Serra, director of 2009’s creepy and unnerving Orphan, clearly understands how to direct an effective thriller. With Unknown, a Hitchcockian rollercoaster ride of blurred identities, cat-and-mouse pursuits and shifty characters who may not be what they seem, he again shows himself to be a master of suspense.

The film follows Dr Martin Harris (Liam Neeson, returning to the action hero territory he inhabited in Taken), an academic attending a conference in Berlin. En route, he’s involved in an accident, hospitalised, and then released into a world that suddenly denies his existence. Is he going mad, or is something more sinister afoot? Cue Bernard Herrmannesque foreboding score, slick and pacey montage sequences, and even a modern-day icy Hitchcock blonde.

To discuss more of the plot would reveal too many of its edge-of-your-seat twists and turns, and Unknown is definitely best viewed spoiler-free. Though slightly improbable, its ending genuinely surprises and, as a whole, it maintains momentum and interest throughout. A Box Office hit, it’s also sure to scale the DVD charts.