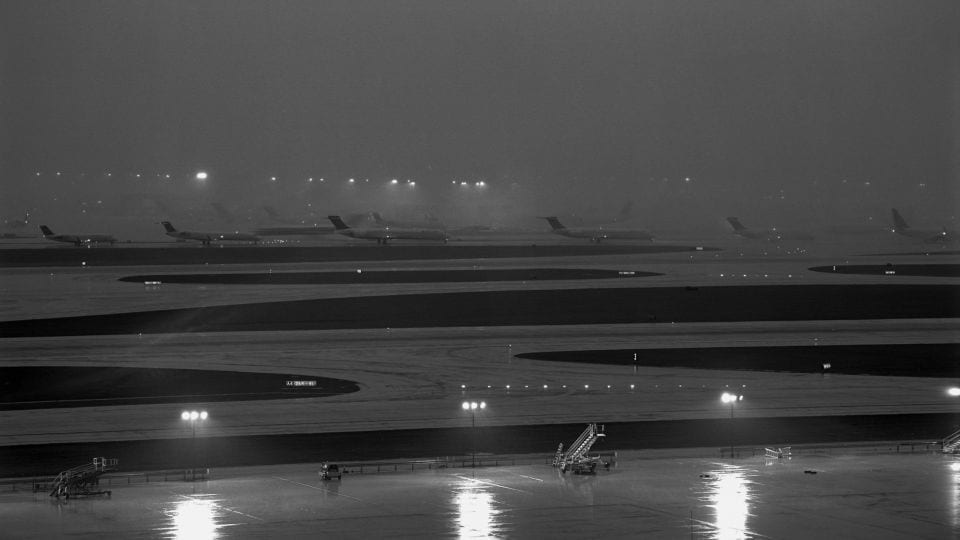 Airports are gateways; crossroads facilitating escape, reunion and homecoming. Atlanta’s Hartsfield–Jackson International Airport is the world’s busiest, welcoming 104 million passengers in 2016. On display at the High Museum of Art, Atlanta, Terminus, a recent series by Mark Steinmetz, examines the activity and interactions that occur within the aerodrome.

Focussing primarily on the passengers, the black and white prints capture the public and private moments that take place inside and outside the building. Steinmetz notes: “At the airport, people from all over the world and from all walks of life can be found in the midst of their journeys”,  highlighting the diversity of citizens that can be observed within this unique built environment.

Alongside these portraits, landscapes and abstracted compositions provide a glimpse of jet trails and the overgrown surrounding environment. Images of nearby hotels, car parks and neighbourhoods reveal the locale’s infrastructure, forging relationships between the airport and the community. Steinmetz positions Hartsfield-Jackson as both a global intersection and arena for human exchange, offering new, meaningful perspectives. Gregory Harris, the High’s Assistant Curator of Photography, recognises: “They’re abstract and unlike anything else I’ve seen him do. They’re rather meditative and beautiful. I was excited to see him taking that kind of risk.”

The body of work fits into the artist’s wider oeuvre, which documents the region’s social and geographical landscapes. Terminus is created as part of Picturing the South, an initiative run by the museum to provide fresh perspectives on the Southern United States. Each year, the museum commissions contemporary practitioners to produce series inspired by the region. As Harris continues: “As a Southern photographer, Steinmetz brings a familiarity with the region to his commission that also comes with a greater sense of intimacy and depth. That personal connection to the South’s people and places is certainly evident.” The 2018 edition foregrounds Steinmetz alongside contributes from Debbie Fleming Caffery and Alex Harris.

From 3 March. Find out more: www.high.org. 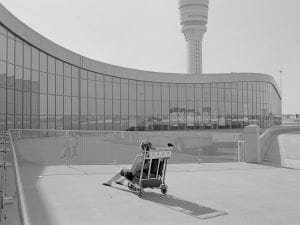 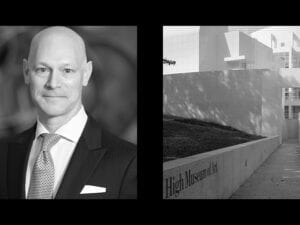 Ahead of this year’s Future Now symposium, we discuss the pandemic’s impact on life and art with our key speakers.