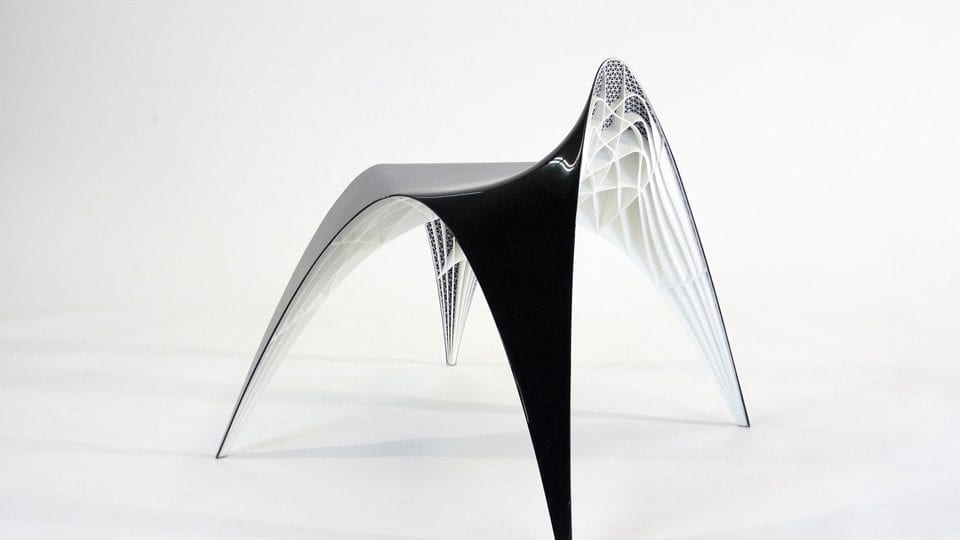 French poet and critic Remy de Gourmont (1858-1915) once said: “Industry has operated against the artisan in favour of the idler, and in favour of capital and against labour. Any mechanical invention whatsoever has been more harmful to humanity than a century of war.” This statement remains to be disputed within today’s cultural sphere.

Technological industries are allowing society to push to the extremes of design and product; and indeed, the fear that humans will be replaced is as rife a fear as it was during the 18th and 20th centuries. However, Lucy Johnston’s Digital Handmade: Craftsmanship and the New Industrial Revolution explores the realities of these new avenues as modern-day practices at the forefront of our imagination – and all the positives and negatives that they entail – through a comprehensive publication released by Thames & Hudson.

Featuring 80 designers, the book starts with Assa Ashuach’s early experiments with three-dimensional printing (the sintered titanium Lemon Squeezer) through to his sleek Venturi chair collection inspired by the Venturi fluidflow effect. Johnston immediately thrusts the reader into the thick of the 21st century condition. For design aficionados the terminology will be nothing new, but for the everyday reader, descriptions like “five-axis CNC-milled mould” will be a steep learning curve. Johnston’s advice? Learn it. These are the words of the future as much as “carving” and “lathing” have been in the past.

Johnston does not limit the book to pure functional design, but incorporates everything from UK studio Atmoss’ Worldscape (2012), a three-dimensional map of the planet in the guise of a dining room table. The table measures 14.5 × 7.3 m and is able to sit 80 guests; each person is perched delicately on the ocean’s shelf, eating off the coastline, “candlelit” by the cities (represented by pockmarks drilled through the wood, each sized according to their amount of light pollution as measured by NASA satellite images at night). This is a feat of engineering and imagination – firmly supporting Johnston’s assertion that humans will always be integral to design, no matter how far practices advance.

The author views the digital revolution as “an enabler in a positive way”, allowing artisans to push the boundaries of form and structure, and to make things that physically may not have been possible before. Integral to this is the opportunity for further experimentation; previously young designers would have been limited by funds, unable to acquire commercial machinery or gain access to industrial workshops. They can now work with a wide range of tools, through initiatives in shared ownership and programming, as well as having studio access. It used to be expensive to fail; now people are willing to try new things. As Johnston notes: “Everything is so much more accessible, enabling designers to be both hands-on and work in a cost-effective way.”

New manufacturing technologies can provide huge savings; the machines can be swiftly reprogrammed to make a completely difference object or shape. This combination of adaptability and affordability means that the consumer has the option to make slight customisations without major cost-implication or investment. Such developments also herald a return to a more sustainable method of local-production, away from the assembly lines of the past. Johnston notes: “We live in the ‘experience economy’; everyone wants their own take on things, but we need some kind of parameter or guidelines otherwise everything would fall through. The concept of mass-customisation revolves around the creation of fewer, really good quality products as opposed to an endless stream of different versions that just sit on shelves. These things don’t exist until they’re needed.”

A return to more localised production is also seen in the assorted designs, with many referencing antiquities. These include Barry X Ball’s Envy (2008-present), a Belgian replica of the 17th century sculpture Invidia by Giusto Le Court; Michael Eden’s reimagining of iconic porcelain forms by Wedgewood; and Jorge Ayala’s Cabinet of Post-Digital Curiosities (2013), a platform to explore new skins and textures.

Ayala’s reference point – cabinets housing private collections of objects – became the rage during the 18th and 19th centuries. Small selections (often referred to as Wunderkammers, “wonder rooms”) took the odd, the curious, and the wonderful and placed them as though in narrative or interaction. Skeletons, exotic taxidermy, seashells, preserved organs – all haphazard and eclectic – were often the point of pride for collectors. Famously, Danish physician Ole Worm’s museum of sorts, the Wormanium, was filled with stuffed tribal weapons and dried animals taken from his travels. Ayala fully explores the mythic status of these collections through an adept handling of biology and form. Arranging rapid-prototyped moulds and latex-cast resin organisms as though pinned to Worm’s walls, he forces experimental shapes to take on a new life, and a new structure. He takes this further through his fashion label, Jorge Ayala Paris, inspired by the natural world.

Johnston places post-modern designers of Dean’s ilk against the modern: artists like Beatwoven (founded by Nadia-Anne Ricketts) use audio software to convert a digital pattern to be woven on a Jacquard loom; Tord Boontje’s Garland Light (2002) – a computer designed pendant light uses photochemical etching to cut thin sheets of copper, brass, or silver into a garland shape; jewellery designer Emily Cobb’s fantastical headpieces, rings and necklaces modelled in CAD and using printed with three-dimensional technology. Without a doubt, Cobb’s The Elk with Antlers That Never Stopped Growing (2010), an exquisitely intricate headpiece made of over 50 separate elements printed in nylon, would not have been possible 50 years ago. By using digital techniques, each of these artists is changing the way products can, and are being made.

Interestingly, one of the key trends represented in the publication is the new interest in incorporating handmade craftsmanship. Jorge Ayala, Beatwoven, Lia Cook and Louise Lemieux Bérubé use software to create new visual effects with thread and fabric; Valissa Butterworth, Michael Eden and design group Front are using cutting edge techno new digital tools give her a new dynamism in her designs: “[they] force me to be more creative, to perfect the result, to experiment with the yarns. There is no excuse to feel limited.”

This is best epitomised by Exposure (2010) – a behemoth work of Antony Gormley. Measuring 25 metres high, it occupies a desolate stretch of the Dutch provinces of Friesland and Flevoland. Modelled as Gormley’s crouching figure, the work took over 18 months to fabricate and install. Based on an initial plaster outline of the artist, the cast was then scanned and subjected to unique algorithms to define the exact arrangement and placements of the struts. With no defined load path, it was only by using bespoke software that the design team could create this sculpture. Each piece of material has been honed so that only a minimal amount  is needed, making the sculpture an extreme feat of engineering.

As with Australian artist Louis Pratt’s sculptures of the human figure, Gormley’s interest in the human form is distinctly tied to technology. Whereas Pratt uses the mathematical sine wave to play on the viewer’s perception of her sculptures – when viewed from a certain angle the bent and twisted sculptures are viewed in full, correct proportion – Gormley plays with his audiences through the possibilities allowed by careful and precise mathematics. Johnston argues that this is a positive: “Through digital technology we can actually analyse, rather than just make an approximate judgement about, the dimensions and the structure [of objects in nature]. We can now measure and recreate them perfectly.” This capability has changed the way objects are made and designed, and will continue to do so.

Gernot Oberfell and Jan Wertel have managed to do this through simulation software, perhaps best epitomised by their Fractal Table. Taking as their source the growth patterns seen in organic forms, and using mathematical algorithms, they construct a tree-like structure which seems to grow from the floor, literally branching out to form a table-top. The duo is wholly reliant on new technologies to both conceive and produce the table. Its size and complexity means they have had to use rapid-prototyping technologies (stereolithography) to manufacture it. They have pioneered the capabilities of “new” design, taking the “the cleverness of nature” and adapting it to their own uses.

The combination of nature and industry raises the questions of evolution and revolution, for Johnston two ideas closely intertwined. They are visually articulated through the work of Bram Geenen, whose technically advanced furniture designs, (famously the Gaudí chair) take as their source the parabolic curve. He suspends chains across two supports, naturally creating the curve which he then replicates in his furniture designs. This technique was used by Antoni Gaudí to create organic, curvilinear buildings, but Geenen utilises it alongside modern technology. Using the laser-sintering technique and carbon fibre he creates a sleek high-quality product that uses the minimal amount of material required for maximum strength.

Visually, the chair is the antithesis of that made by Chinese Industrial designer Zhang Zhoujie, but both have one important thing in common: the client. Geenen and Zhoujie take as the first step the human body, measuring the way in which a person sits and where the weight is placed. Zhoujie’s designs are particularly specific: using a “digitised fabrication system”, producing personalised chairs, each made to fit an individual’s specific seated pose. The series, Endless Forms, pushes the idea of comfort to the next level – perfectly moulded to the client’s body it is high-end customisation at its finest. Despite how advanced and “futuristic” the chair looks, it is ultimately based in nature.

Whether looking at the translation of complex organic forms into aesthetically considered tables or a reconsideration of budgeting, we are continually looking for new tools to speed up our ability to “reinvent the wheel.” But Johnston’s text does not infer that humans will be made redundant – if anything she argues that we will be required more than ever to embrace digital methods as part of a new, minimalist world of innovation – with people at the helm of originality and creativity. 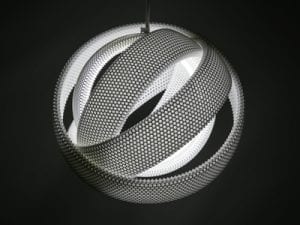 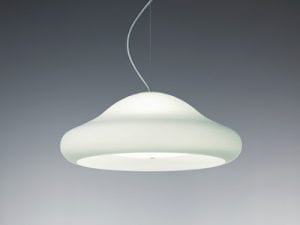 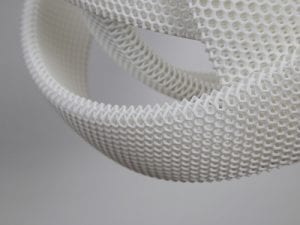 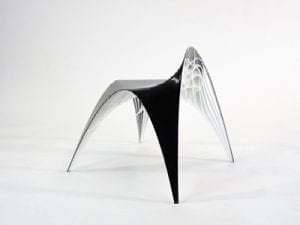 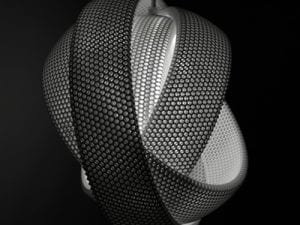 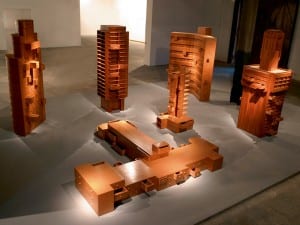 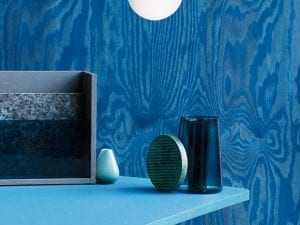 Looking at the idea of social community as a model for idea generation,  a team of Norwegian designers address global concerns through production.