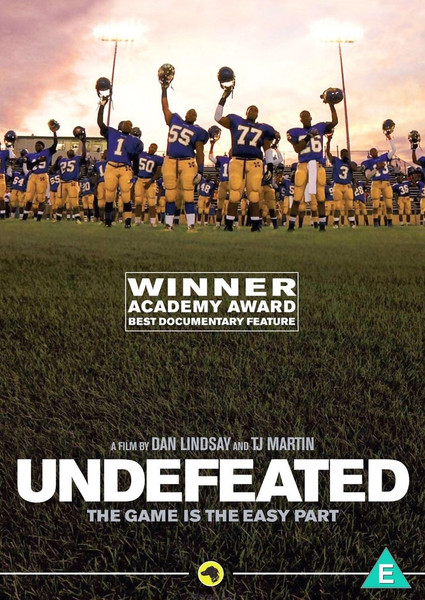 The rules and culture of American football itself might be an alien concept to most of the UK’s population, but raw passion and determination translates beyond sport. In Undefeated, we see a no holds barred, and bleak, documentary following the underprivileged Menassas Tigers from Memphis.

Set in rural middle America, Undefeated draws from a forgotten place, one with explicit wealth disparity. Cue the familiar rags-to-college-scholarship theme, and thus a lot of yelling, improvement montages and the archetypal American story of building something from nothing. But, cynicism aside, what is produced is actually a touching fly-on-the-wall story of hope and muddied boots. Undefeated benefits from the all too real emotion and nifty camera work, so it becomes a tear-inducing, great addition to the classic underdog storyline.

The energy and drive of Coach Bill Courtney is palpable, and while the film could easily teeter on the edge of idolising this character as a saviour, it instead shows him as someone who simply loves sport and all the positivity it can manifest.