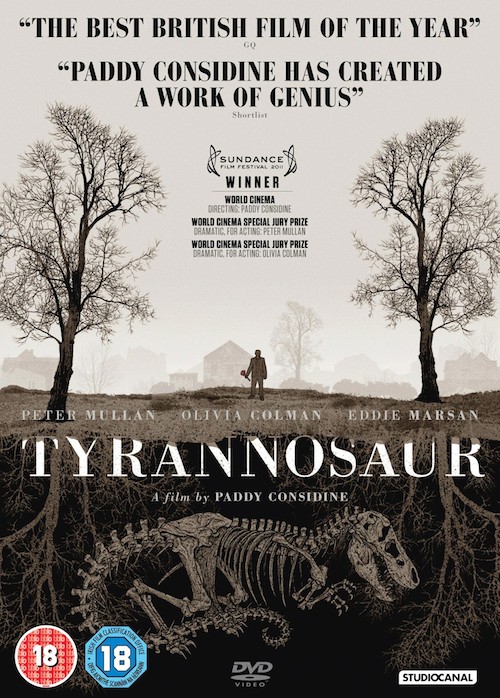 Paddy Considine’s directorial debut about two lonely, damaged people brought together by circumstance is a powerful and remarkable drama about violence and loss. It has the same visceral power as the previous work of Shane Meadows and Ken Loach, concerning masculine rituals of rage and violence, with the same combination of social-realist tragedy with personal pain.

Peter Mullan is Joseph, an unemployed widower, drinker and a man whose psychological instability is deftly portrayed through a voice that oscillates between extremes. Joseph is living a sad and empty life and seeks solace from committed Christian and charity shop worker, Hannah, skilfully played by Olivia Colman. Their relationship develops as Hannah’s marriage disintegrates into disturbing violence and abuse. Full of empty dialogue and bleak landscapes, Considine’s superb rendering of two impossibly sad lives is Tyrannosaur’s anchor.

Tyrannosaur is an uncompromising and impassioned portrait of two human beings who are subsisting in lives that should not be their own. It’s an unbearably sad, but expertly realised creation.