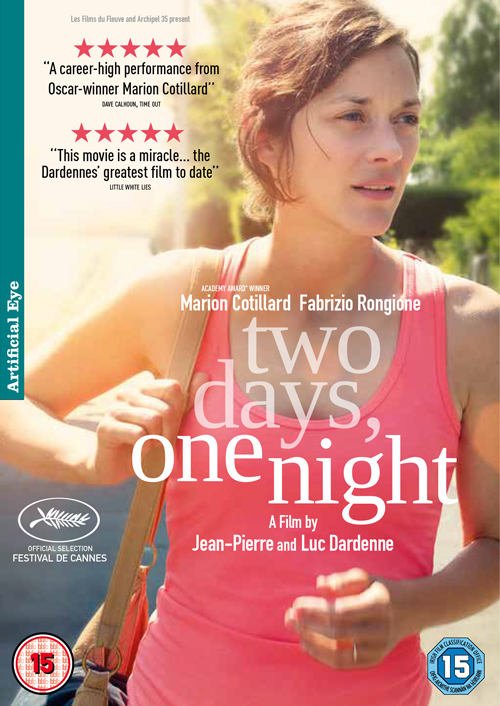 The Dardenne brothers’ latest film is an insightful examination into the management of a moral dilemma. Focusing primarily on Marion Cotillard’s Sandra, Two Days, One Night follows the story of a depressed mother as she tries to salvage her job after her colleagues are forced to choose between her employment and their annual bonus. They favour the latter, leaving Sandra without work and with the awkward task of confronting each of them to ask them to change their minds.

Shot on a handheld camera, the audience trail around after Sandra, experiencing her rejection and depression. The romantic elements of filmmaking are stripped away and viewers are placed in the position of a real onlooker, observing everyday chores in the midst of trying to pick the storyline out of the characters’ dialogue.

With outstanding performances both from Cotillard and Fabrizio Rongione (as Sandra’s husband), Two Days, One Night explores the complexities of depression and the continued desire for survival against the trials of life.