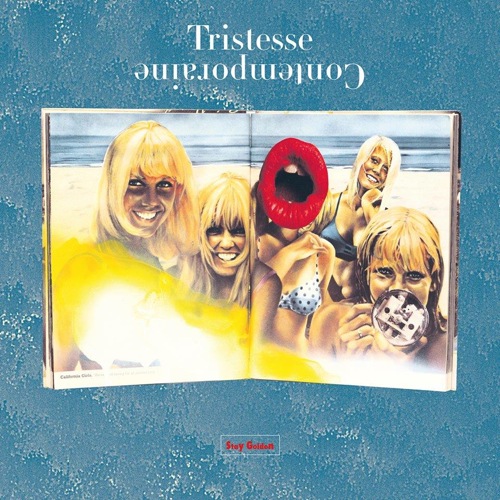 Tristesse Contemporaine is, rather intriguingly, a trio based in France with no French members. Taking influence from Talking Heads, The Cure and New Order, the band delivers synth pop that sounds equally at home in the mainstream or underground.

The overall sound of the band is cohesive but there is light and darkness within the whole. The quirky and effervescent Fire  has a sheen and attitude that evokes the more commercial leanings of Empire of the Sun. The title track picks up the pace, effortlessly merging breathy vocals and beautiful sounds. There is a gear shift with the spoken vocals on Waiting  that initially adopts a languid pose before unfolding with a bewitching, beating heart as the track builds.

There are moments when the formula doesn’t produce quite the same magic: for instance, Can’t Resist, which is probably the least interesting effort on the album. However, Tristesse Contemporaine has a sound that is hard to resist, the echo of a million bright lights set against the melancholy of a fading sunset. www.tristessela.tumblr.com.