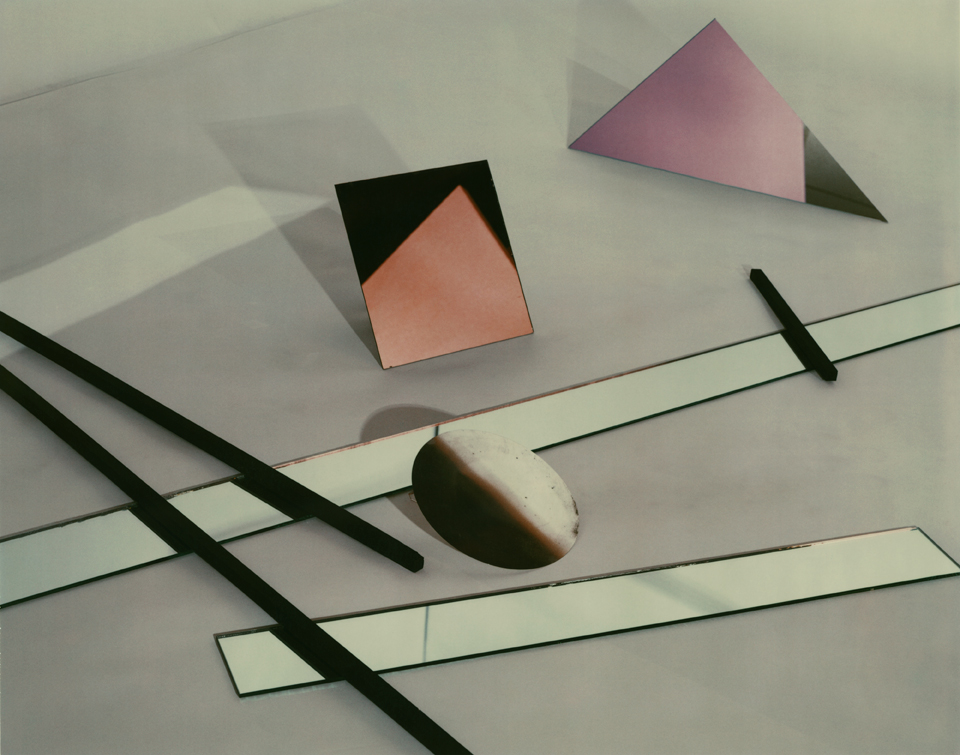 As the festive celebrations begin and 2015 comes to a close, we take a look at a year in the world of art, design, architecture and culture. From major retrospectives of the work of renowned innovators such as British designer Alexander McQueen, Japanese artist Yayoi Kusama, and influential practitioner Hanne Darboven, to new presentations highlighting the progression of visionary genres such as the internationally touring Light Show and the Centre Pompidou’s collection revamp, 2015 has paid homage to those who continue to influence and inspire the creatives of today, whilst challenging our contemporary perceptions of what constitutes art and culture in the 21st century.

1. Alexander McQueen, Savage Beauty, 14 March – 2 August, V&A, London.
Created by The Costume Institute at The Metropolitan Museum of Art in New York, Savage Beauty at the V&A captured the full scope of Alexander McQueen’s creative talent which combined an eclectic range of influences with a relentless desire to challenge the boundaries of art and fashion. Inspired by the V&A’s own collections, McQueen’s fearless innovations fused together new technologies with traditional craftsmanship and tailoring. The edited and expanded show at V&A featured 30 additional garments, including several rare early pieces.

2. Barbara Kasten, Stages, 4 February – 16 August, ICA, Philadelphia
Instantly reminiscent of the work of Hungarian-born painter László Maholo-Nagy, the photogenic paintings and photographs of American artist Barbara Kasten explore new ways of articulating the phenomena of light and time. A selection of over 80 pieces, including large-scale cinematic installations as well as small Polaroids, were the focus of her first major monographic survey. ICA’s expansive overview spanned nearly 50 years of Kasten’s inventive and diverse practice – one that continuously challenges our perception of space through the camera’s lens.

3. Light Show, 16 April – 5 July, MCA Australia, Sydney.
Organised by Hayward Gallery, London, in association with MCA Australia, Light Show identified artists’ ongoing fascination with light, as well as the genre’s transformation into a key medium for art. Beginning in the 1960s with Dan Flavin’s ‘electric light art’ and James Turrell’s immersive environments in the US, and continuing across the Atlantic to France and the UK, where Carlos Cruz-Diez embarked on his series of Chromosaturation installations and Bill Culbert began making time-based installations, this landmark survey charted the rise of light art, from the fluorescent tubes and neon lights of the past to the computer-controlled LED systems of the present-day.

4. America is Hard to See, 1 May – 27 September, The Whitney Museum, New York
Part of the inauguration of the Whitney Museum’s new building, America Is Hard to See united more than 600 works from the Whitney Museum of American Art’s collection in order to re-examine the history of art in the United States from the beginning of the 20th century to the present. This celebratory exhibition elaborated the themes, ideas, beliefs, and passions that have galvanised American artists in their struggle to work within and against established conventions, often directly engaging their political and social contexts.

5. Yayoi Kusama, In Infinity, until 24 January, Louisiana Museum of Modern Art, Denmark
One of Japan’s greatest artistic individuals and a true singular figure in modern art, Yayoi Kusama has been developing an imaginative universe of colour and sprawling pattern for over six decades. Louisiana Museum of Modern Art hosts the first comprehensive, retrospective exhibition of Kusama’s work in Scandinavia, which spans the diverse variety of media used by the artist: from visual art to performance, film, literature and design. This showcase, on display until 2016, features some of Kusama’s earliest fashion designs from the 1960s alongside newer site-specific pieces created by the now 86 year old artist.

6. A History. Art, architecture, design from the 1980s until today, ongoing, Centre Pompidou, Paris
Centre Pompidou’s rehang for 2015 saw a complete overhaul with curator Christine Macel bringing together 400 works from the gallery’s collection and presenting them in a thematically organised display. Consciously avoiding the chronological, and instead focusing on a specific period (the 1980s until today), the show is divided into a series of specific themes: artist as historian, artist as archivist, artist as producer, and artist as documentarian, to name a few. In drawing on pieces solely from the last three decades, the display has a natural affinity with the political, social and geographical histories and changes of the time.

7. Ai Weiwei, 19 September -13 December, Royal Academy, London
Curated in collaboration with Ai Weiwei from his studio in Beijing, the Royal Academy presented some of his most important works from the time he returned to China from the US in 1993 right up to present day. Alongside new projects created specifically for the RA’s galleries and courtyard were a number of large-scale installations, as well as works showcasing everything from marble and steel to tea and glass. Each piece explored a multitude of challenging themes, drawing on the artist’s own experience to comment on creative freedom, censorship and human rights.

8. Architecture of Independence: African Modernism, 20 February – 31 May, Vitra Museum, Weil Am Rhein
This large scale survey explored the boom in modernist architecture in Africa following independence in Central and Sub-Saharan Africa in the 1950s and 1960s. Presenting documentation relating to over 50 buildings from the period, Architecture of Independence: African Modernism was one of the first shows to throw light not just on the architects and the buildings involved in the projects but also the political context through which they emerged and which they continue to shape and reflect.

9. Philippe Parreno, Hypothesis, until 14 February, HangarBicocca, Milan
Hypothesis, which runs well into the New Year, is Philippe Parreno’s first anthological exhibition in Italy, and is conceived as a choreographed space modulated by a series of events. The project presents several of the artist’s most significant works, recombining them to radically redefine HangarBicocca’s industrial spaces: light, shadow, sound and moving images extend the physical limits of both the works and surrounding architectural elements, immersing visitors in an environment where spatial dimensions and temporal references cease to be certainties.

10. Hanne Darboven, Enlightenment, until 14 February, Haus der Kunst, Munich
Germany celebrates one of the 20th century’s most extraordinary international artists, Hanne Darboven (1941–2009), in the first major retrospective after the practitioner’s death. Collaboratively organised and staged across two key cultural venues in the country, Bundeskunsthalle in Bonn, and Haus der Kunst in Munich, this two-part exhibition brings together crucial works from all phases of her prolific career. Enlightenment at Haus der Kunst focuses on pieces influenced by cultural history, music, literature, and natural science. 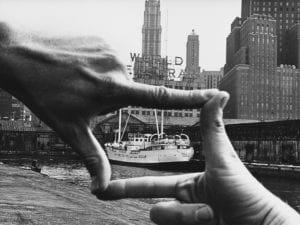 From Behind the Scenes

The mid-20th century was a time of transformation and innovation. Shunk-Kender photographed events in Paris and New York.

11-13 August. These exhibitions offer a mirror to the contemporary condition and its new developments through social photographs and innovative design. 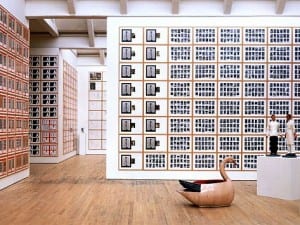 Haus der Kunst, Munich hosts the first major retrospective of the work of Hanne Darboven (1941–2009) after the artist’s death.