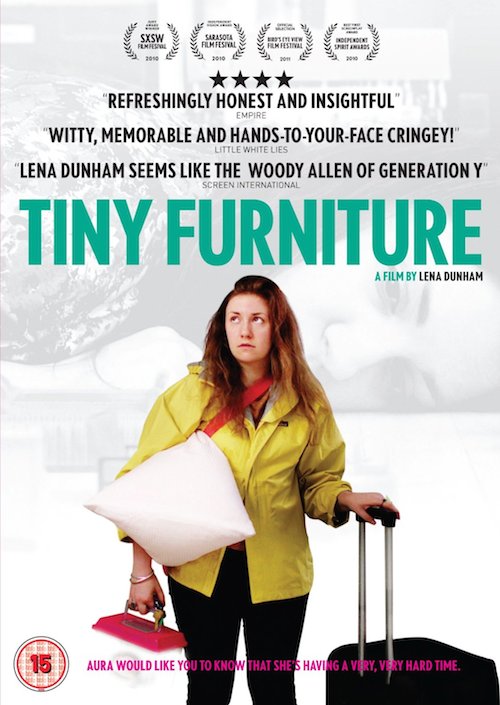 Hailed as a major success by The Times, Guardian, Total Film and every other publication inbetween, Tiny Furniture is the debut from the 25-year-old writer/director/actor Lena Dunham. She recounts the story of 22-year-old Aura who returns to her mother’s Tribeca loft after finishing university with a film studies degree. Her boyfriend has left to find himself, the hamster has died, and she only has 357 hits on her YouTube – things are taking a turn for the worse.

As Aura settles back into life with her mother and uber-confident teenage sister, she is thrown back into a familiar world, yet she is struggling to find her place in it. Loosely based on Dunham’s real-life experiences and shot in her own home, Tiny Furniture is a dry and comedic look at life after university. The film has already gained cult status in the USA, with Dunham securing her own series on HBO following its success.

Tiny Furniture is a wonderful coming-of age narrative, poignant and funny. It’s refreshing to see such young and emerging talent, and at the close of the film you’ll be left wanting more.