The Work of Artist Nina Fowler

Nina Fowler, born in London in 1981, has been shortlisted for prizes including The Jerwood Drawing, The BP Portrait and Longlisted for the The Aesthetica Art Prize. She is represented by Galerie Dukan (France) and her work is included in private and public collections in Europe, the USA and Asia. The turbulent mix of early black and white Hollywood glamour and its’ attendant dark side, is the motivation behind her drawings and sculptures. She becomes the director of her own drama, collaging imagery appropriated from films and the actual lived lives of celebrated icons drowned in the wake of the media’s dream machine.

A:What is your background as an artist and how did you start working with the “dark underbelly of stardom”?
NF:I studied at Brighton University, concentrating mainly on sculpture, photography and video making. After graduating in 2003, I discovered Kenneth Anger’s “Hollywood Babylon” and decided to explore the flipside of the publicity stills I spent hours copying as a girl. This marked a return to the medium of drawing which I wanted to combine with my sculptural practice. After visiting my studio, the French gallery Dukan Hourdequin proposed exhibiting an installation in Lyon in 2009. The piece entitled Valentino’s Funeral was purchased for a public collection in the US.

A:Your launched Nina Fowler Print in 2012, where did the idea for this come from, how has it developed the audience for your work and has this changed anything about your creative process?
NF:I was often asked for replicas of drawings, which were sold or too large for an average wall. My work has a wide appeal because it draws on the viewers’ love of cinema – I didn’t want to limit the amount of people who could enjoy the work in their homes. I was also aware of how compatible some of the drawings were with print and felt it would be an exciting endeavour. The prints have proved very popular but my practice has not changed as I do not create drawings specifically for print.

A:You are known for your Golden Era Hollywood drawings, why this era of history and where did the inspiration come from?
NF: From a very young age I began drawing the stars of this era. I guess I was attracted to the shiny glamour they exuded – their monochrome nature was also the perfect accompaniment to my pencil and paper. My love for this era of film has grown alongside my fascination with the stories behind the scenes, the flipside of the publicity and most importantly OUR interest in the private lives of the stars – the resulting effect this has on them and the light it shines on the basest of human instincts – the desire to watch another’s demise.

I read trashy magazines and especially love autobiographies of children of the “Golden Era” stars. I watch many films from the 1920-40s. I love ballet and am lucky enough to sit in the wings of the Royal Opera House, London.

A:With prints of your work widely available and famous collectors of the originals including Jude Law and Johnny Lee Miller, where do you see your work going next?
NF: I don’t really have a plan. I mainly think about the next piece I want to make and how to go about it. I want to make more large-scale montaged drawings and I would love to collaborate with a set-designer one day. When I was younger my dream was to exhibit my work and now that I have been fortunate enough to do so, I only wish for it to continue. Sometimes I tentatively wonder about showing my work in LA and how it might be received by the audience best placed to view it…

More information on the work of Nina Fowler can be found here:

Prints can be purchased online here:

To see her listing in the Artists’ Directory in Aesthetica Magazine issue 59 pick up a copy at www.aestheticamagazine.com 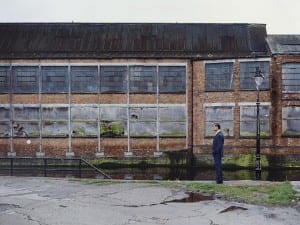 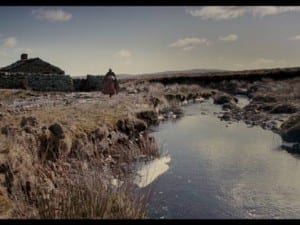 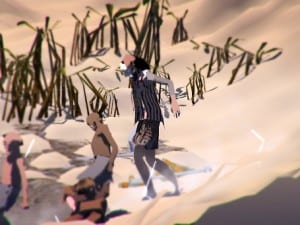