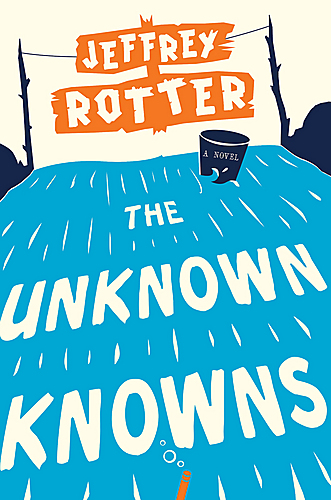 Comic enthusiast, Jim Rath, spends his unemployed hours dreaming of the submarine, matriarchal world of Nautika, standing immersed in hotel pools. Once his wife leaves him, Rath is convinced he has discovered a benevolent Nautikon in Les Diaz, a government agent assigned the academic task of testing the safety of recreational waters. Diaz seizes his responsibilities with vigour, swiftly accusing Rath of terrorist acts.

Diaz has suffered episodes of insanity since his wife’s death, he receives counselling, but his evidence and opinions are treated as those of a professional. Conversely, the insights into Rath’s mind, his absolute conviction that he has encountered an otherworldly being in the coarse, macho Diaz, indicates that Rath’s own state of mind is decidedly unstable. He receives no psychiatric attention and is treated with derision by the judicial system.

Rotter gives a damming critique on the nature of American authority, the readiness with which accusations fly, and the infringements that the terrorist age have forced upon us all.