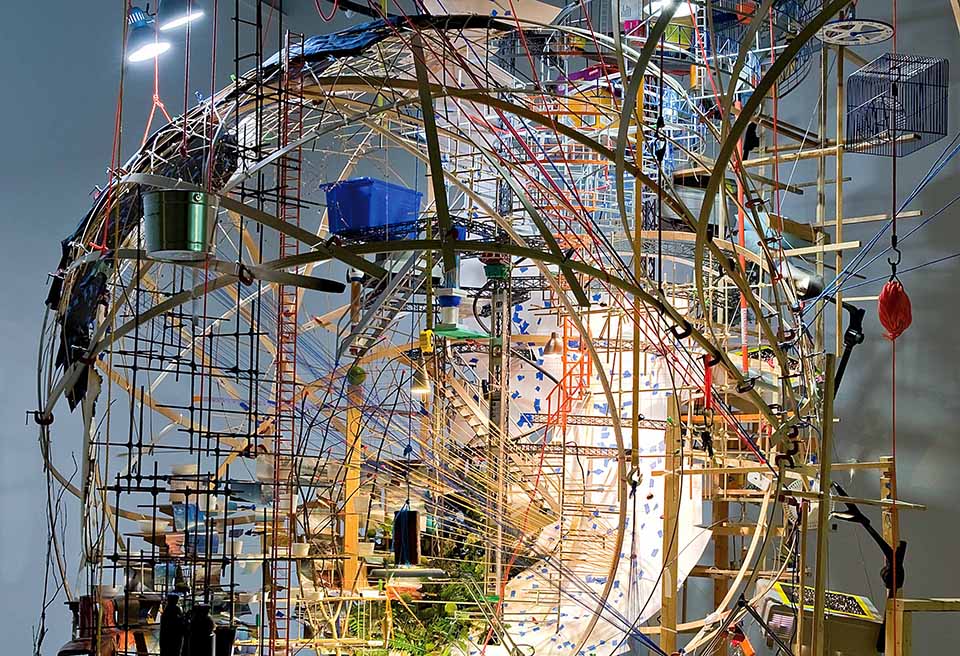 With 70 artists, four venues and internationally respected curator, Hou Hanru, at the helm, Biennale de Lyon’s triumphant 10th show has enough art and energy to connect to a global audience.

Since the Biennale de Lyon launched in 1991, society has changed beyond recognition. Through the development of social networking and mass communication the world has contracted. After launching in September 2009, the Biennale is busier than ever surveying these contemporary issues. We are constantly on display and, perception is key. Everything that is not instantly visible belongs to a bygone age, when possessions were not the only social signifiers. Market forces have brought with them a profound change in how we see ourselves. C’est la vie, non?

Well, not quite. It has taken 18 years for the Biennale de Lyon to skewer two slippery concepts, the consumer dependent world of the visible, and the lesser known world of anonymity and routine. This year’s curator, world renowned Hou Hanru, suggests the tantalisingly oxymoronic title The Spectacle of the Everyday to artistic director, Thierry Raspail, and the resulting Biennale has taken the accompanying tensions to their logical extent. The synergy between such different ideas has obviously provided rich pickings for an agile intellectual like Hou Hanru.

The word “everyday” has something reassuring in its syntax, which is inverted in this Biennale. While there is undoubtedly a certain fatigue with “shock art”, the most obvious example being Damien Hirst’s For the Love of God, it seems somehow irrelevant post credit-crunch, causing reflection on the nature of one of the world’s most respected events. The show is after all a four-month art extravaganza. Is the celebration of the “everyday” an example of art going “back to basics?” Considering the characteristic intellectual rigour and an eye for all things aesthetic and challenging, Lyon’s 10th Biennale is a triumph of fun, razor edge relevance and indeed “spectacle”.

It would seem that to work this Biennale has to connect to the man on the street and revitalise the relationship between Joe Public and Conceptual Art, a charge to which Hou concurs: “What we have to make sure of is that our agenda includes dialogue and discussion with audiences that have different kinds of access to this type of intellectual project. We can’t make art if we’re disconnected from society and the way it lives.” Hou is adamant that change is needed: “The society of the spectacle has alienating effects on our life and social relationships.” It is the system of images and representation, the reductionism that irks him most. But is he being unnecessarily concerned with a system that, at the end of the day, works just fine? If we want celebrity gossip we know where to find the right magazines; if we want a rock CD we know the shop; if we want the toilet we know which door to walk through. Happily, Hou’s ire has given him wings and he rises easily above such pedestrian protestations.

The system needs a make over because we are being manipulated: “The spectacle is dominated by the logic of market capitalism, which tends to ‘develop’ our faculties of perception and imagination.” In short, it’s the “language of consumerist ideology”, with its insidious and subjugating power, which is the target for a world class Art Biennale. Quite a foe. His checkmate comes in the form of the battlefields in which he chooses to dig his trenches: by harnessing the power of both “spectacle” and “the everyday” he and the show’s artists simultaneously undercut the esteemed and elevate the previously ordinary. Thus in Sarah Sze’s sculptures feathers, rods, scissors and bits of polystyrene reach into space and become fantastical networks; Lin Yilin’s brick by brick movement of walls across cities, indifferent to roads, sites and squares, gives rise to disruptions and plenty of questions. It is this re-invention of everyday life that suggests the possibility of a new freedom, the birth of a new order that can at last begin to challenge what is taken for granted: a one dimensional power system. Hou understands the importance of momentum in his curatorial decisions: “I don’t just create exhibitions. I’m looking for meaning, a meaning for life, and through my artistic projects I offer a way of thinking that fosters certain ideas.” Engagement between art and the people who see it is essential. “Being a ‘curator’ is not just inventing the ‘best exhibition ever’. An exhibition is not an end in itself, it’s the beginning of a long process of coming up with ideas for the future, for society. It’s not just a display of objects – a presentation – but a setting in which to start thinking about who we are and what we’re doing here.”

However, the very society Hou is eager to court is beginning to turn a similarly jaded and resentful eye on the established power system and its accompanying cold logic. The 2009 Iranian election protest is nicknamed the “Twitter Revolution” because its grassroots ascent originated in part from social media tools. The world has not for decades embraced America with so much gratitude, as it did after its people nominated Barack Obama for president. City of London staff were told to wear disguises or stay at home as thousands of G20 protesters hanged bankers’ effigies from Marble Arch. On reflection Hou does not appear so optimistic, sensing a change in the air: “This is a process of grass-roots globalisation. Changes in our everyday life practices, or their re-inventions, are the most crucial aspect in the making of this new order.” As ever art is the most successful litmus test of how far that change can be harnessed. In this sense, the Lyon Biennale finds itself playing a vital role.

Vital then, but also enormous. It is a challenging project involving 70 artists and four venues. Qingyuan Liu, together with the Yah collective is installing Only City (Only being an anagram of Lyon). The work is truly a metaphor of the contemporary city: a giant 20-metre-long eye, a sort of hybrid that blends elements of Lyon and Beijing. Société Réaliste is developing projects concerned with political design and experimental economics. Michael Lin is fusing music, video and performance to synthesise a precise time capsule: that of a Shanghai grocery store, whose merchandise Lin has bought in its totality. The main Biennale takes place in the centre of Lyon and is energetically offset with Veduta, a side event set in the periphery of the city. Veduta deals with breathless energy issues surrounding the central versus the peripheral, as well as injecting cultural mediation with new questions. For instance, should one stand silently before a work of art? A pertinent question when one witnesses the events on offer.

On 5 July, at Place du 8 Mai 1945, a square in the Etats-Unis district of Lyon’s eighth arrondissement, Elshopo handed out pancakes silk-screened with a chocolate portrait of Michael Jackson. In the same quarter, Robert Milin has been walking up and down staircases in residential blocks on Rue Arrachart and gleaning expressions that he then transforms into “urban signage” in the form of lightboxes fixed to walls of buildings. Intriguingly, Veduta’s after-sales service will run a hotline every Wednesday afternoon to answer all the questions you never dared ask about contemporary art, a service that should be extended to every major city in Europe.

Veduta is choosing to take The Spectacle of the Everyday literally and apply it to five themes: making, eating, inhabiting, talking and thinking – ordinary activities shared by all. But the idea here is, of course, to Make, Eat and Inhabit Art, and to Talk and Think About Art. Glorious, provocative and infused with enough fun to flirt with the grumpiest of Conceptual Art critics, Veduta has proven to be an important cog in the complex engine that is the ever increasingly vital Biennale de Lyon.

Such is the accumulated art found in a modern Biennale. With such multidimensional gusto you would think the luminous core of the theme is in danger of being lost. Luckily, each artist seems to share Hou’s zeal and the ultimate impression is one of a yearning for change. www.biennaledelyon.com. 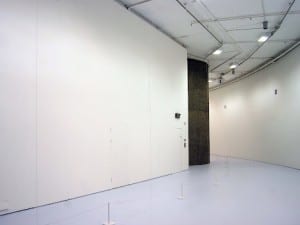 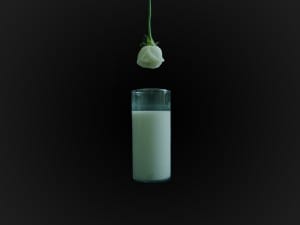