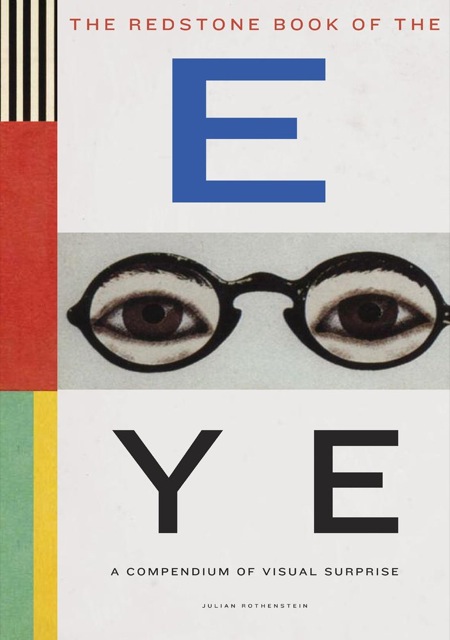 The Redstone Book of the Eye

Called “a compendium of visual surprise”, Julian Rothenstein’s collection of images is an interesting voyage of exploration. The works included have been culled from a lifetime’s collection of beautiful, strange and intriguing images.

At first glance, the book is a slightly strange collection, but it’s not until you read David Shrigley’s introduction and understand the wider narrative that the penny drops. Shrigley’s introduction, The Seeing Eye, is dry, to the point, and moreover, hand-written in Shrigley’s familiar scribble. The best part is when he says (describing the concept) “People sometimes say ‘open your eyes’ but what they really mean is ‘stop being an idiot’.”

The book is divided into 16 chapters from The Comic Eye to The Satirical Eye and The Camera Eye. Each section starts with an introduction to the chapter, which is needed because it codifies the images, and without it, the works could appear disparate. It’s a book to return to; although not massively complex, some of the works will tickle you.