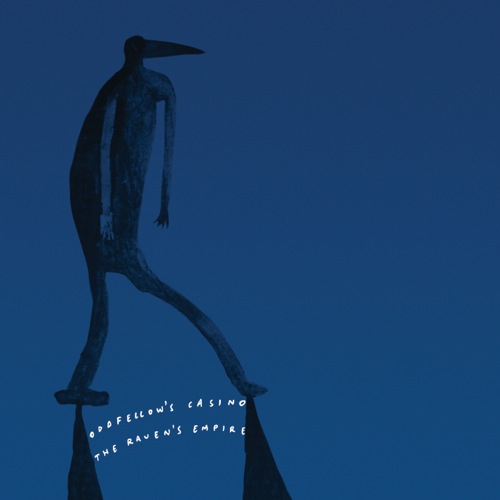 Here are some facts about David Bramwell. He runs a Victorian freakshow. He doesn’t read newspapers. He runs a folk club night. He “recently presented a radio program for BBC3” and also hosts a Wickerman tribute show. Take a guess at the kind of music he makes. Go on.

This is a thick, bubbling mix of folk, rock and baroque fugue. While Bramwell’s album Oddfellow’s Casino – released under the name The Raven’s Empire – is certainly on a road trip to Pretentious Twaddle City, it stops just short. And every so often, it becomes something really damn good.

You have to stick with it, though. It’s a big, dark, dense record, full of overdriven guitars, melancholy themes and layered melodies. If you’ve got the patience to stick it out, then you’ll get a lot of joy out of songs like You’ve Come To These Woods… and Death Won’t Have Me. It’s not for everyone, probably not even us, but it’s hard not to admire Bramwell’s ambition. For more information visit www.drbramwell.com.