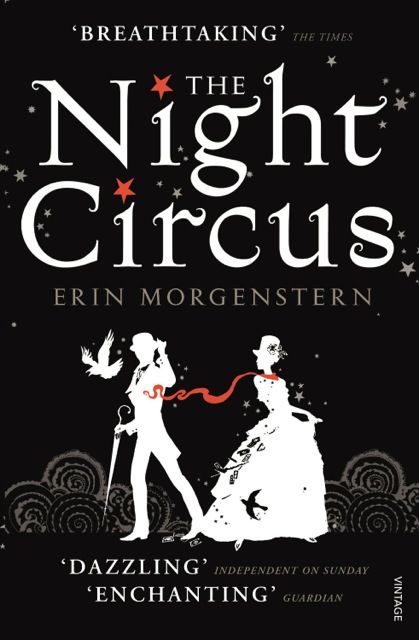 The Night Circus is a beguiling debut from Erin Morgenstern that looks set to top bestseller lists everywhere. A charming blend of fantasy and reality, Morgenstern has created a truly enchanting novel that is fiercely imaginative and cleverly developed.

Set in the late 19th century, the travelling Cirque des Rêves is an international sensation. Open only at night and decorated in monochrome, this is no ordinary circus. A big top distinctly absent, Cirque des Rêves operates instead from a maze of tents, each of which contains its own unique spectacle. The circus delights its visitors and performers alike and is followed by a loyal troop of supporters called the rêveurs. At the heart of its success lie two young magicians, Celia and Marco, forced into playing a challenging game at the behest of their masters.

The world of the Cirque de Rêves is brought to life within this book and the limits of imagination are tested and blown apart. Heartfelt and glorious, The Night Circus is a heady mix of magic, love and beautiful craftsmanship. An unforgettable novel out 15 September. Await it anxiously.