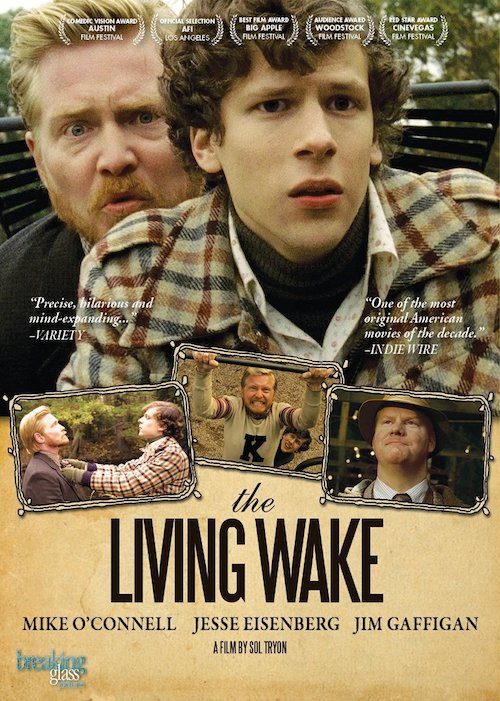 After discovering that he has only one day to live, self-proclaimed genius and artist, K. Roth Binew, drags his fellow manservant, expertly played by Jesse Eisenberg (The Social Network), around on a bicycle-powered rickshaw as he attempts to uncover the meaning of life in the face of death. It sounds ridiculous, and it is.

There’s enough material in the script for a poignant and humorous sketch, but the sheer preciousness and self-congratulatory nature of Mike O’Connell’s writing makes a full 90 minutes difficult. There are good moments, namely Binew’s attempt to donate the full catalogue of his unpublished works to the library, but these are dampened by scenes where the eccentricity is unmatched by any real weight.

Tryon’s fantastical and surreal world is perhaps why this film has received such critical acclaim and applause at festivals, but for all his channelling of Wes Anderson, it’s too whimsical to be taken seriously. An element of truth is surely essential in a film about death and it is this omission that makes Binew and the film’s final curtain a cause for celebration.