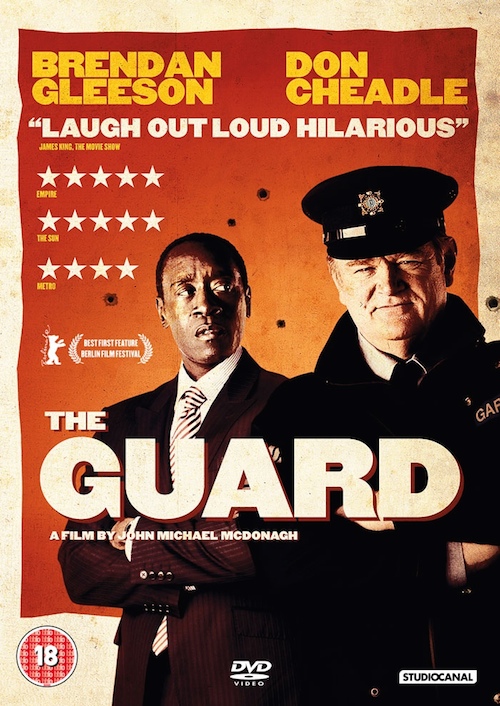 If The Guard is a remarkable feature in any way, it’s due to the performances at its centre rather than its script or the overall production. Billed a comedy thriller, the problem is that it’s neither especially funny nor thrilling enough to grip, at least not until its showdown-style climax.

Following hard-bitten Police Sergeant Gerry Boyle (Brendan Gleeson) as he closes in on a group of drug smugglers, The Guard’s action takes place on the west coast of Ireland, a setting which allows for some admittedly beautiful scenery. The characters, however – from the painfully politically incorrect, womanising Boyle himself to the cleaner-cut FBI Agent also on the case (Don Cheadle) – border on caricatures, and this doesn’t have the desired comic effect.

As the film progresses, though, you’ll find that you do start to care about the two leads, and don’t be surprised if you’re willing Boyle to prevail in the final scenes. This surely testifies to Cheadle and, in particular, Gleeson’s skill as actors: the only understated thing about a film that otherwise tries a little too hard.