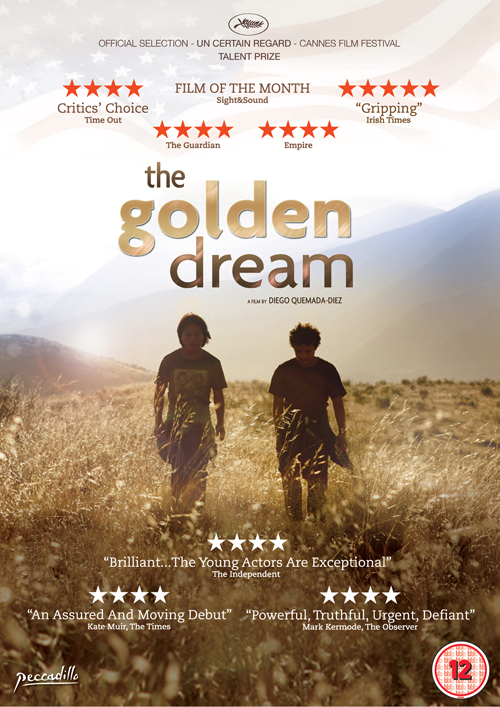 The Golden Dream (La Jaula De Oro) is a Mexican drama film directed by Spanish-born Mexican director Diego Quemada-Díez which tells the story of three teenagers who jump “The Beast”, the train that illegal immigrants board in a bid to reach the American border.

The opening scenes are powerful and engaging as Samuel, Sara (disguised as a boy), Juan and later, Chauk in place of Samuel, embark upon a life-threatening journey into the unknown. At each stage of the journey they face extreme danger, never knowing whether they will live or die. As they travel further from their homeland, the distance the group travel is matched by the lessons they learn about anger, greed and innocence lost, their only means of survival.

Each scene is stunningly shot amidst desolate landscapes, and the subtle soundtrack adds another layer of intense beauty to this visual feast, which climaxes with a symbolic snowstorm. Powerfully deep and emotive, it is not difficult to see why The Golden Dream was awarded nine Ariel Awards by the Mexican Film Academy.